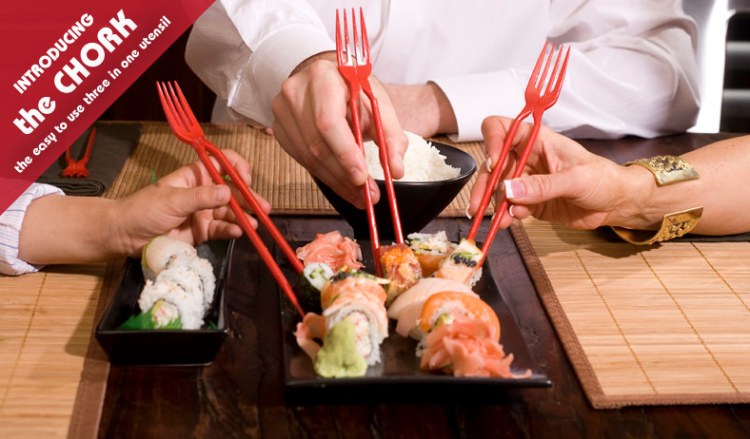 The Chork is a unique hybrid that combines chopsticks with a fork and was created as a cheater utensil that has been around for a while, but its popularity has soared as of late. On August 10, 2016, Lisa Jennings, West Coast Bureau Chief of Nation’s Restaurant News (NRM) announced via Twitter that Panda Express is considering using them in their restaurants. The speculation came about with the launch of a new General Tso’s chicken dish that’s being offered through the end of the year.

Chorks were introduced to the public during the launch of the dish. The tool is a perfect way to illustrate the mashup of American and Chinese cultures — just like Panda Express. Chorks, like the new dish, are a unique utensil that elevate the way people experience their food. While Chorks are not currently available at Panda Express locations, there is a possibility that they will make their way into stores in the future.

Jennings posted a bit more about the Chork.

It should be noted that the good folks at Panda Express said they were considering a roll out of the chork, but they haven’t yet decided. Jimmy Wang, the chain’s director of culinary innovation, said they may even sell it as a retail product. If Twitter interest is any indication, customers would love it. “Cheater” chopsticks, or training chopsticks that many families buy for kids, have been available for years. But it seems there is a growing need for hybrid utensils that make chopstick use more accessible.