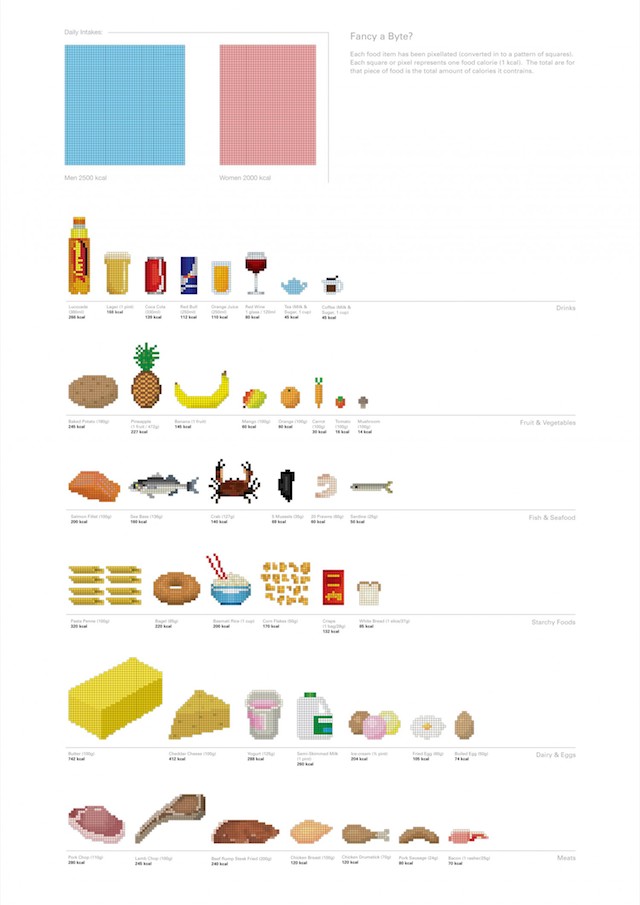 Severino Ribecca, a graphic designer based in London, has created an interesting way to view such common foods as beer, rice, cheese and meat by representing the calories contained in each item of food with the corresponding number of pixels used to visually depict the item.

The goal for the project here was to translate amounts of energy into some form of visual reference that people could understand and relate to…Each pixel represented 1 kcal (calorie), so the total amount of squares in each food or drink item represented the total amounts of calories with it. In other words, each illustration is build up over the amount of calories the food or drink item it represents contains in it.