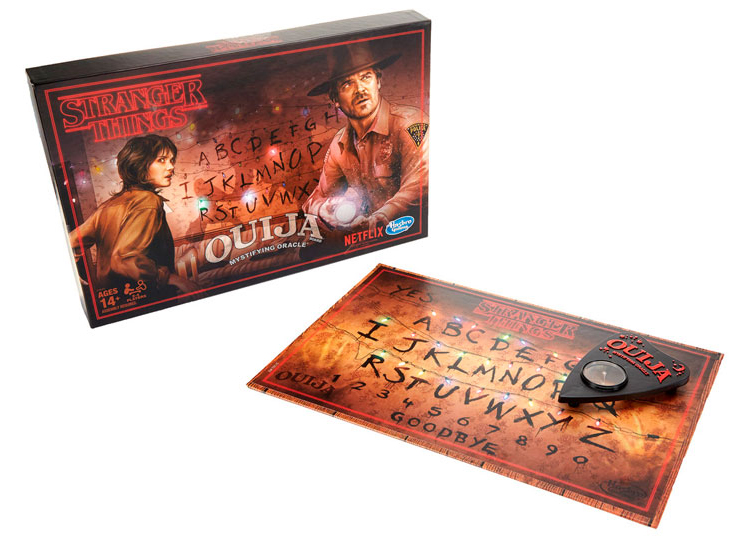 Netflix has partnered with Hasbro and Mystifying Oracle to create an upside down version of the classic Ouija board inspired by the popular Stranger Things television series. It is available to purchase from Amazon and the BigBadToyStore.

Supernatural forces were uncovered, a young boy was rescued from a parallel dimension, and monsters—both human and otherworldly—were defeated. Gather around the Ouija: Stranger Things Edition game, if you dare, and unlock secrets from a mysterious and mystifying world of the Upside Down. 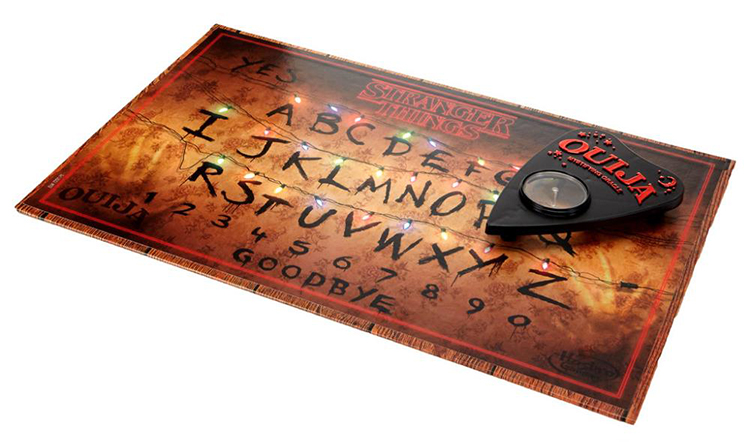 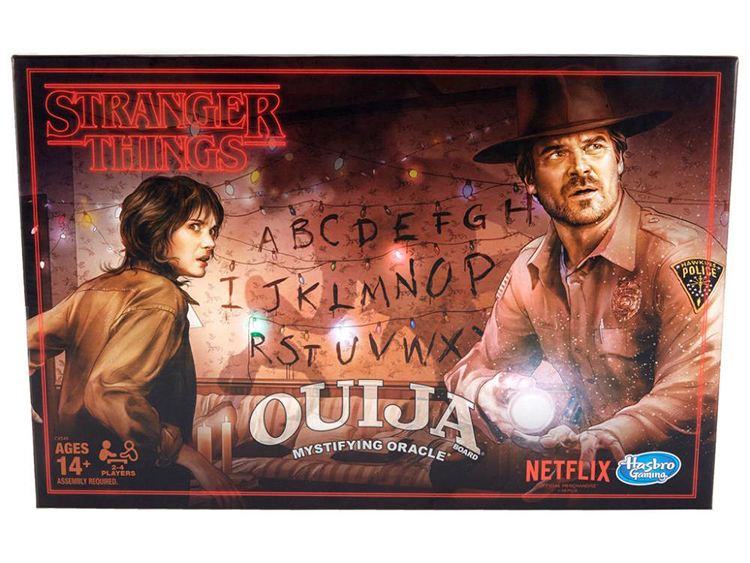 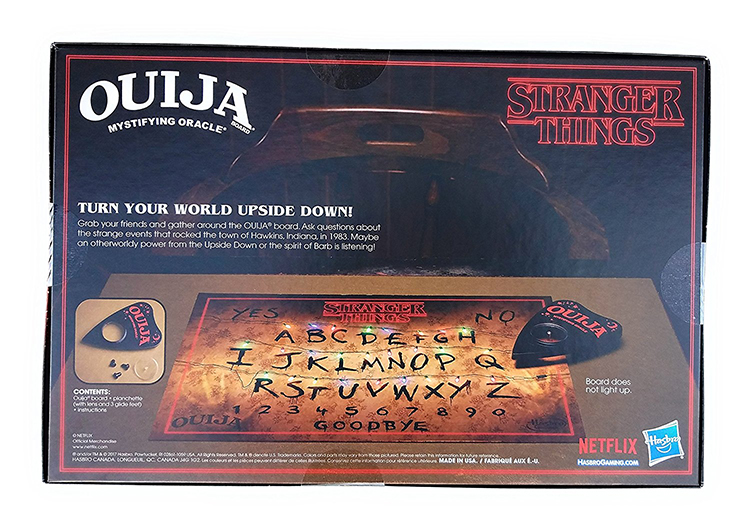