ThinkGeek is featuring a Star Trek: The Original Series phaser-controlled mood light, modeled after the rocks seen in the 1966 episode “The Enemy Within”. The rock has two modes, Survival (which “heats” the rock) and Atmosphere (which turns it into a light show).

It’s a rock-shaped shell with an LED inside that comes with an I/R remote shaped like a Type-1 phaser. What that means is that in Survival mode, you can fire your phaser at this rock and it will glow red. Not hot. You’ll have to use your imagination there. And as soon as you stop firing, it dims. Just like on the show. 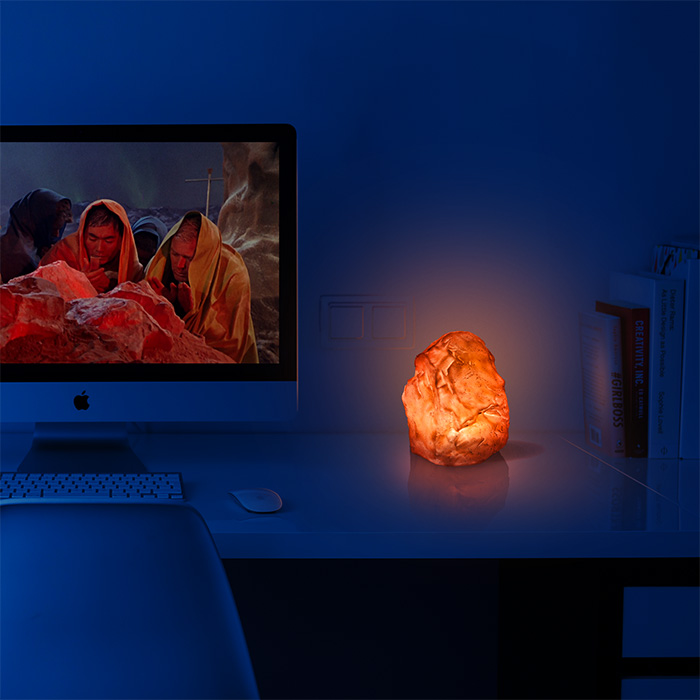 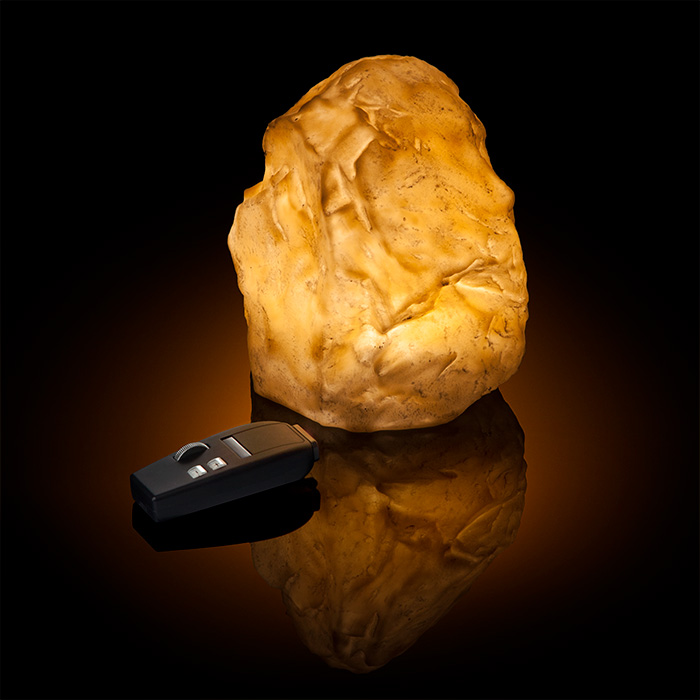 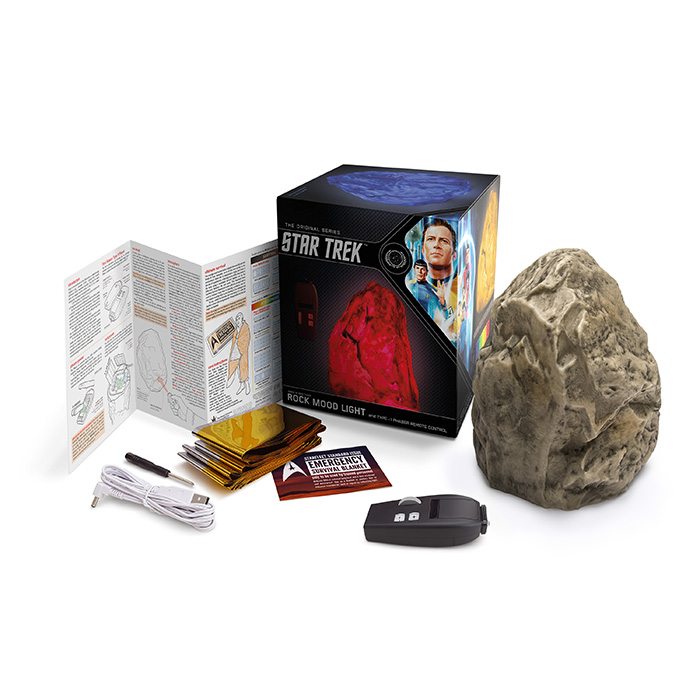