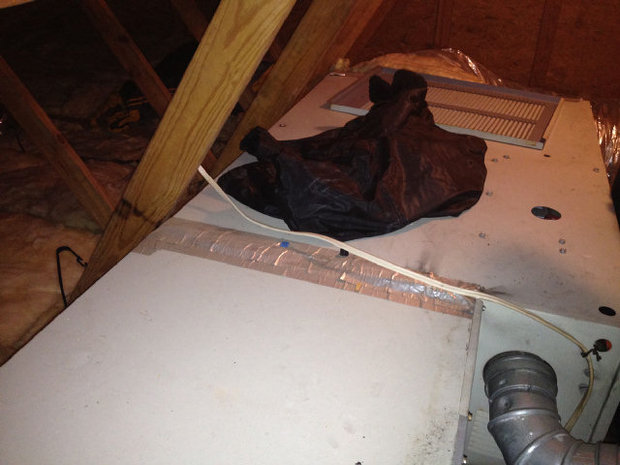 According to The Herald Online, a Rock Hill, South Carolina single mother named Tracy discovered that her ex-boyfriend (who had been recently released from jail) had been living in her attic. The couple broke up 12 years ago, though he had recently helped her install new doors at her home. Tracy heard noises coming from the house and sent her nephew to the attic to investigate, where he found her ex sleeping in the attic’s heating unit. The nephew reported that the man could see Tracy through a hole in a ceiling air vent. Tracy is quoted as saying, “It’s got me flabbergasted…How can you look at someone through an air vent?” After being discovered, the man left smiling and is now at large. The full story and description of the man is at The Herald Online.

photo by Jonathan McFadden for The Herald Online