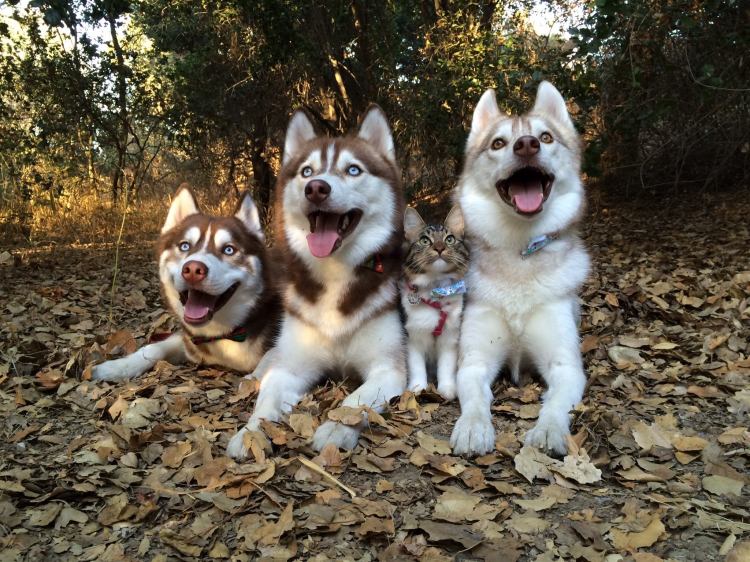 In April 2015, a tiny kitten named Rosie came into the home of Lilo the Husky and her two canine brothers and each of them, particularly Lilo took to her right away. Unfortunately, Rosie was cold, lethargic and unresponsive, so the maternal dog stepped right in and snuggled with the tiny feline until she felt warm, comfy and safe.

Lilo the Siberian husky is a wonderful surrogate to our new foster, little Rosie. Rosie was really lethargic and unresponsive after the first night. So we decided to let her cuddle extensively with Lilo (the husky). Lilo has always had an innate motherly instinct, but she really surprised us when she went full surrogate mode! Even letting Rosie suckle on her and stimulating her to eliminate! Lilo has never had puppies of her own, and never will

Now Rosie is grown up into a beautiful cat who is also a full-fledged member of the pack of three huskies, who love her as if she were one of their own. 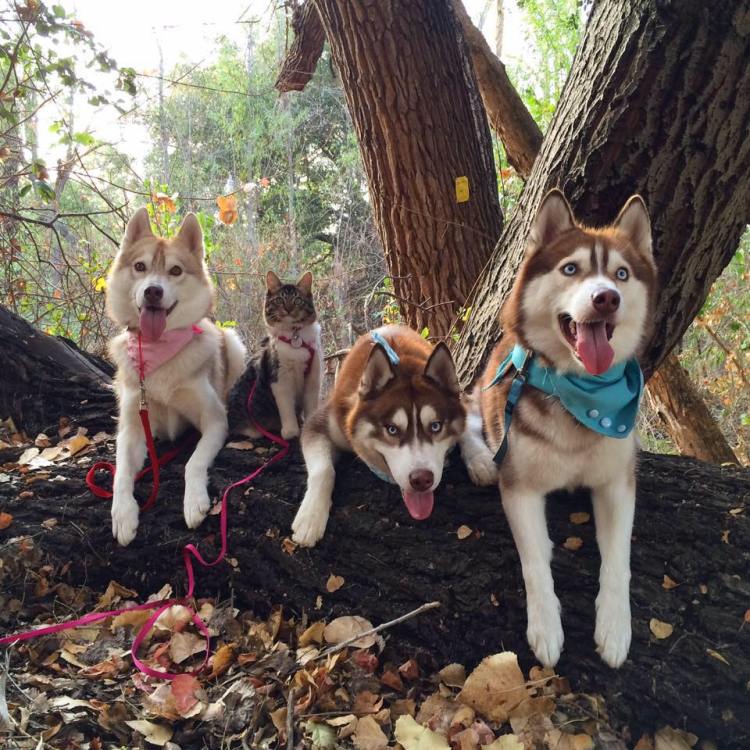 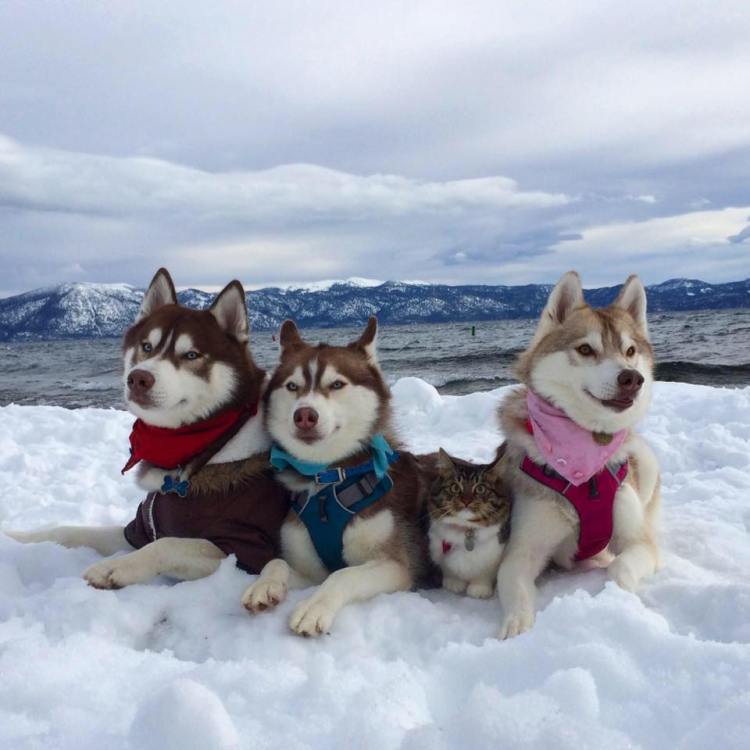