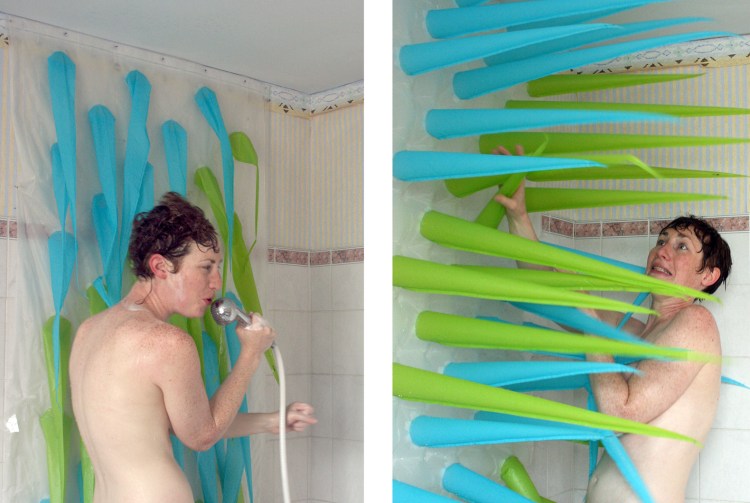 Concerned about the amount of water being wasted by long showers, British designer Elisabeth Buecher created “Spiky”, a shower liner with inflatable spikes that ingeniously fill up and physically crowd a person out of the shower when the water has been on for more than four minutes.

I looked at the environmental issue of excessive water consumption. I designed a series of water-saving shower curtains which inflate after four minutes spent under the water, taking over the space and discouraging long water-wasting showers. 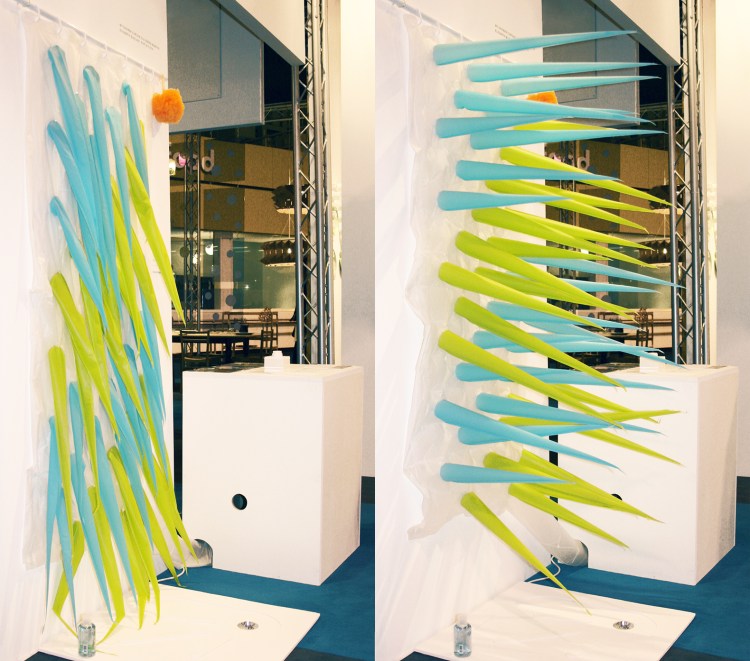 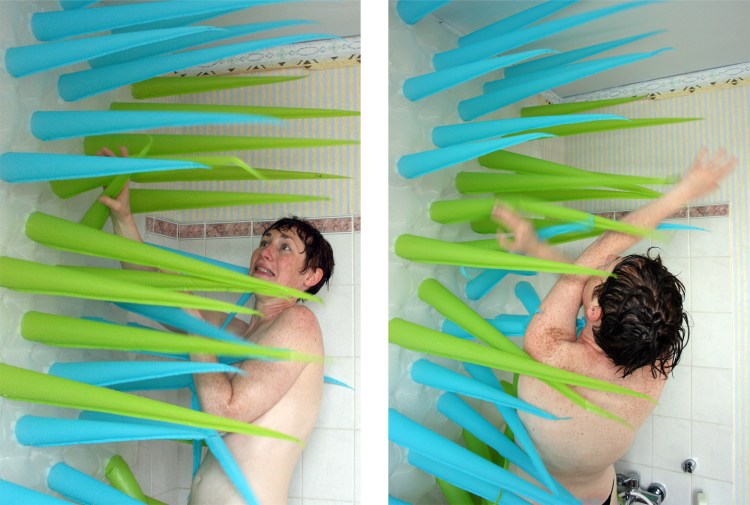 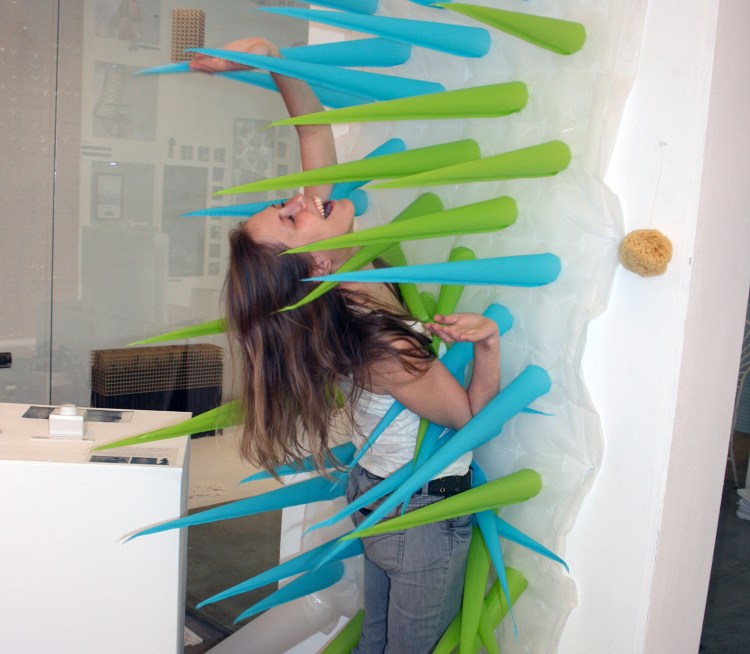