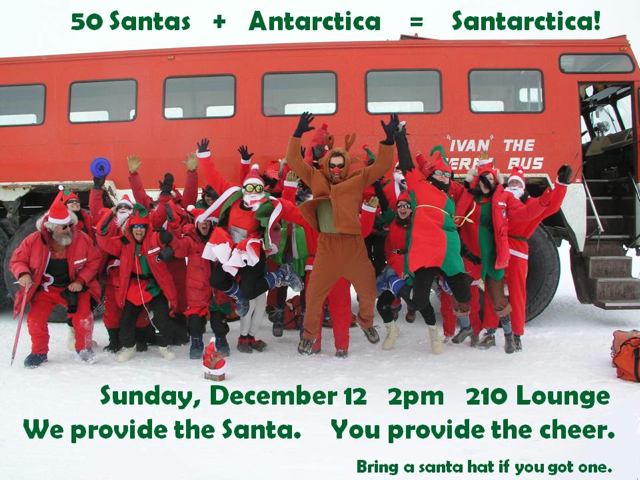 Our friend Sandwich Girl has informed us that Santarctica 2010, a Santacon event in Antarctica, takes place on Sunday, December 12th starting 2pm at the 210 Lounge in McMurdo Station. Here are photos from previous Santarctica events.

Santarctica began in 2003 when a certain Santa was on his way to perform his yearly duty, and some unruly elves hijacked his sleigh, took a wrong turn, and diverted his path to McMurdo Station. Since then, Santas have been spotted making coffee, slicing ham, serving up beverages, driving heavy equipment, directing planes, and conducting science.

Sandwich describes the event as “The largest congregation of Santas the furthest from the North Pole”.