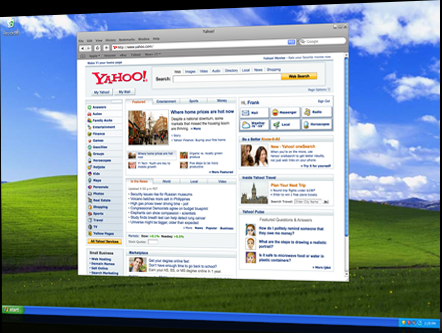 At the WWDC 2007 keynote this morning, Steve Jobs announced the release of the public beta of Safari 3 and most importantly that this new version of the Apple browser now supports Windows XP and Windows Vista. Apple reports that Safari is now significantly faster than both Internet Explorer and Firefox, in fact going so far as calling it the “world’s fastest browser”. Both Mac and Windows versions of the public beta are now available for download.

Safari has always been the fastest browser on the Mac and now it’s the fastest browser on Windows, loading and drawing web pages up to twice as fast as Microsoft Internet Explorer 7 and up to 1.6 times faster than Mozilla Firefox 2. The speed of Safari combined with its intuitive user interface lets users spend more time surfing the web and less time waiting for pages to load.

Jobs also announced that Mac developers will be able to create third-party Web 2.0 applications for the new iPhone using the installation of Safari that is included with the phone.

Apple today announced that its revolutionary iPhone will run applications created with Web 2.0 Internet standards when it begins shipping on June 29. Developers can create Web 2.0 applications which look and behave just like the applications built into iPhone, and which can seamlessly access iPhoneâ€™s services, including making a phone call, sending an email and displaying a location in Google Maps. Third-party applications created using Web 2.0 standards can extend iPhoneâ€™s capabilities without compromising its reliability or security.

Here are some reactions to the Safari 3 and iPhone application development announcements.