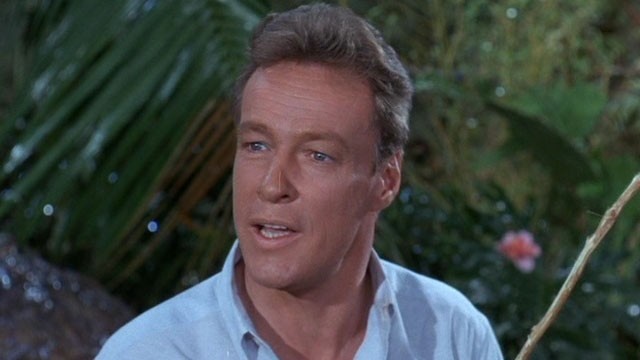 Russell Johnson, well known for his role as the beloved and highly educated Professor Roy Hinkley, B.S., M.A., Ph.D. aka “The Professor” from the 1960s television show Gilligan’s Island, passed away on January 16, 2014 at the age of 89.

Prior to his role as the Professor, Mr. Johnson had often been typecast in less “friendly” roles.

Gunsmoke, Wagon Train, The Dakotas, you name a western, I did it,” he said of his career before Gilligan He added: “I was always the bad guy in westerns. I played more bad guys than you can shake a stick at until I played the Professor. Then I couldn’t get a job being a bad guy.” — New York Times

In the first season of Gilligan’s Island, both the Professor and MaryAnne were inexplicably referred to as “the rest” in the opening credits. The issue was eventually rectified, but in this 2011 interview with the Archive of American Television, Mr. Johnson explains how he felt about it at the time.

The full interview can be found on the Archive of American Television’s site.