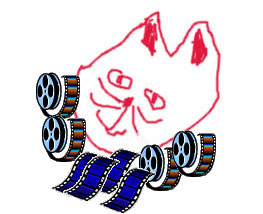 Melinda “Lilycat” Adams presents The Rough Cut Film Festival 2005 this Saturday night (July 30th) at Artists’ Television Access (ATA) in San Francisco. As part of the festival she will be showing a short clip from “You’d Better Watch Out”, my documentary (for lack of a better word) on the 1996 Portland Santacon event. For the most part it is still a rough cut which I plan to re-edit some day and give it a proper sound mix. Regardless, it is a snapshot of Santarchy from those carefree, pre-9/11 days.

The first film festival where the audience gets to help the film makers finish up their work. This is a new idea in film festivals and market research The audience finally gets to have a chance for all those “Well, if I was making this film…” to be heard and possible used in a helpful way; and the film makers get to hear the general publics opinion of their work, while there is still time to make changes. Big budget Hollywood films can do market research, but besides opinions of friends and family, low to zero budget independent film makers rarely get this feedback.