RoboGames, the world’s largest robot competition, is raising funds on Kickstarter to produce a new video series about battling robots. The series will launch with a RoboGames event the San Francisco Bay Area in spring 2015. As in the International RoboGames competitions (the most recent of which was in 2013), the event will feature battles between handcrafted robots built by competitors from around the world.

In our lifetime, the greatest sporting event ever was created – fighting robots. All the thrill of a boxing match, all the explosions of a a NASCAR crash, and even flame-throwers. But coverage of this great sport has fallen by the wayside. It’s high time that a new video series of battling robots returns to delight old fans and a new generation. Technology and innovation are the buzzwords of our culture, and we need to reach out and inspire a new generation of inventors. What better way to do this than through the creativity and exhilaration of watching hand-crafted robots battle it out in the arena? 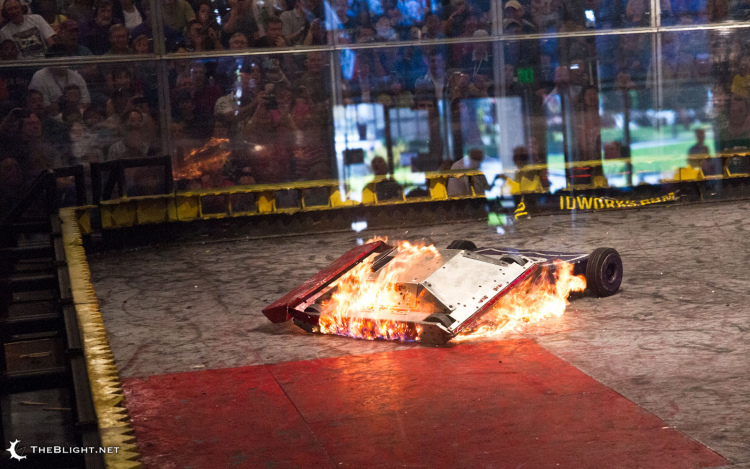