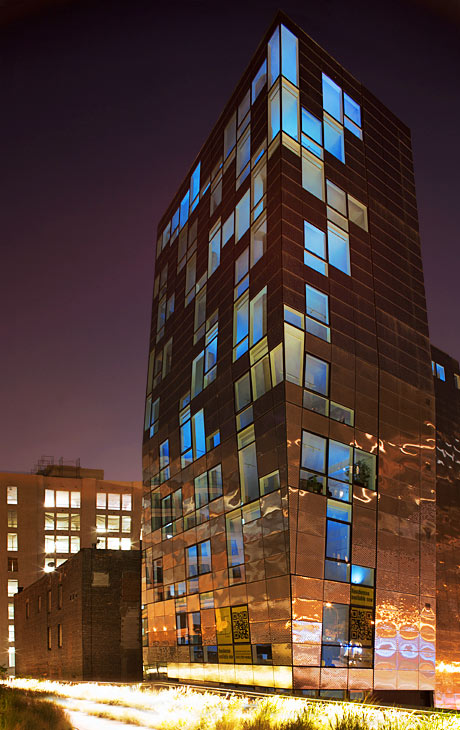 Remote Nation by artist Kevin Cooley is a video installation in a New York City apartment building that creates the impression that every resident in the building is watching the same channel (video). The effect is created by 100 analag TVs tuned to the same signal and placed throughout the vacant building. The installation can be seen from the High Line park every evening through September 24, 2011.

Remote Nation is a public art installation in which the inhabitants of an entire high-rise apartment building appear to watch the same television station simultaneously. Viewers outside of the building are presented with an orchestrated display of the ambient televised light which appears to be organic, pulsing, breathing and changing color reminiscent of aurora borealis. From the outside looking in, the viewer becomes a voyeur to these individual electronic campfires, as a witness of the collective solitude of a remote, tv-watching nation.

Thanks to David Friedman for the tip!