When Ruuxa the cheetah needed surgery to correct his bowing limbs, Raina the Rhodesian Rideback puppy kept vigil alongside throughout the entire surgical and recovery process. The two animals have spent every day together since June 2014 as part of the San Diego Zoo Ambassador Program and neither Raina nor Ruuxa were going to let a little thing like surgery get in the way of their friendship.

Accompanied by his puppy companion, a male cheetah cub at the San Diego Zoo Safari Park underwent surgery to repair growth abnormalities in his limbs on Wednesday, Sept. 3. The Rhodesian ridgeback puppy, named Raina, accompanied him to the veterinary hospital and waited nearby throughout the entire procedure. The young cub was recently diagnosed with a growth abnormality in his forelegs where the growth plate in the ulna stopped growing before the radius, causing a bowing of the limbs…”Raina appeared very concerned about Ruuxa when she saw he was sleeping and she couldn’t wake him,” said Susie Ekard, animal training manager, Safari Park. “She licked him and nuzzled him, and when he awoke, she lay with him and seemed very content to know her cheetah was okay.”. 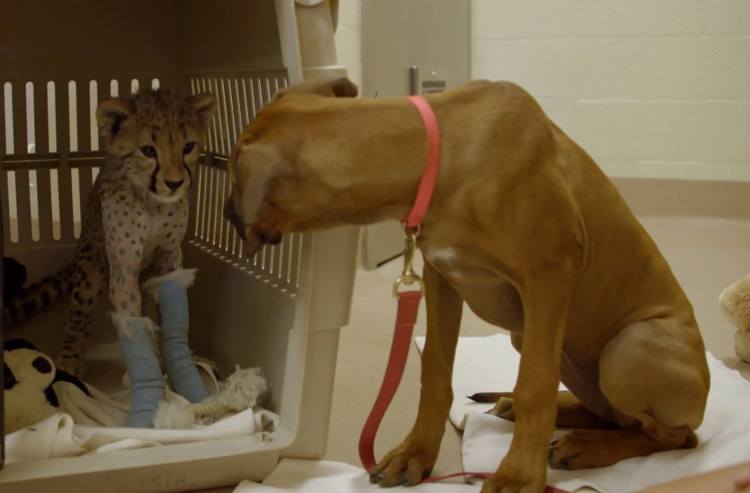