Drummer Marky Ramone, the sole surviving regular member of the groundbreaking punk band The Ramones has written Punk Rock Blitzkrieg: My Life as a Ramone, his memoir about being a Ramone. The book went on sale on January 13, 2015 to great acclaim. Rolling Stone has an excerpt of the book available online. Here’s just a tiny piece of that excerpt involving a trip to Los Angeles.

There were turrets on either side of Phil Spector’s Beverly Hills mansion. As we stood outside the wrought iron gates waiting to be led inside, I wondered whether Phil Spector himself was up right now in one of those turrets looking out on me, Dee Dee, Joey, John, and Monte. It was kind of the same creepy feeling Dee Dee and I got walking along the Berlin Wall and getting lit up by searchlights, except the East Germans weren’t looking to deliver the Ramones a platinum album. …

This excerpt from @MarkyRamone's new book about recording with Phil Spector made me order it. Good stuff. http://t.co/dNgDMd6NnK 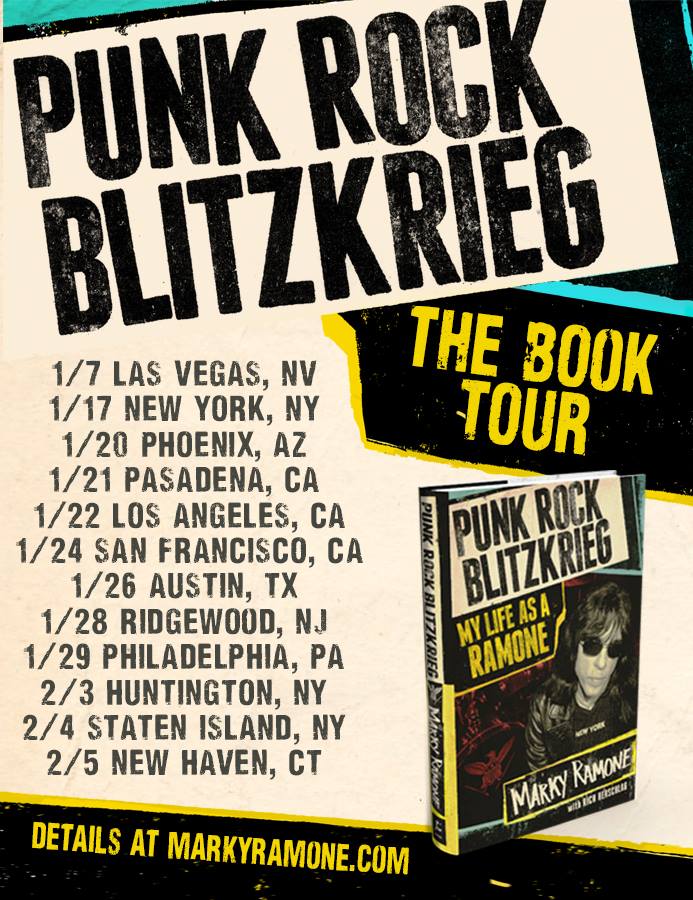