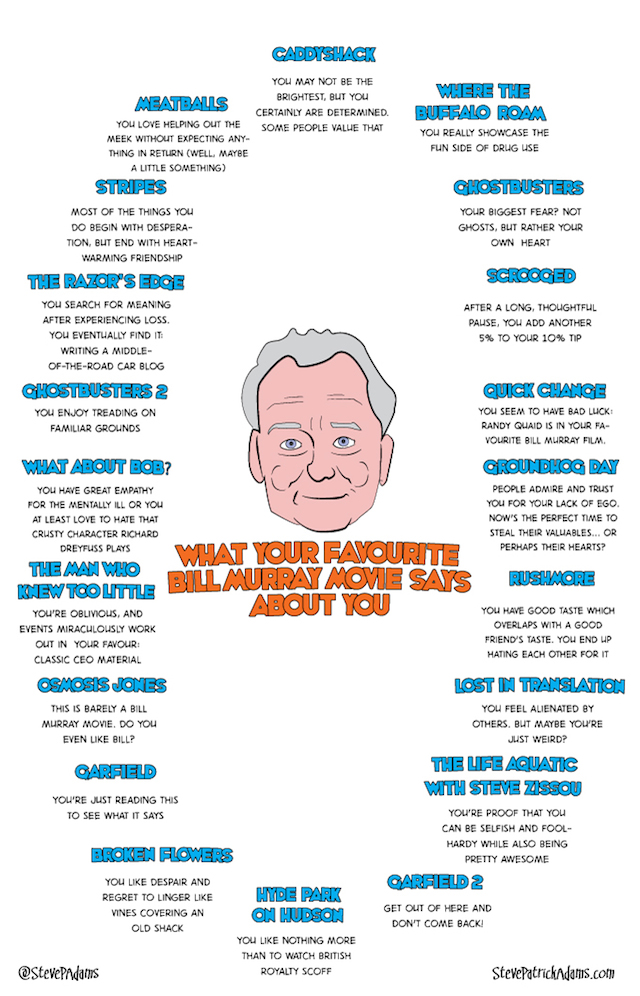 Bill Murray is clearly the most likable person on this planet. I’d even go so far as to say that he is the most likable in ALL POSSIBLE WORLDS, if it weren’t for the chance that another world exists with its own Bill Murray. In case you aren’t aware, beyond being an awesome guy, he also has a movie career. It seems like everyone has their favourite Bill Murray film and whatever yours may be, it greatly reflects your personality.

via Blame It On the Voices