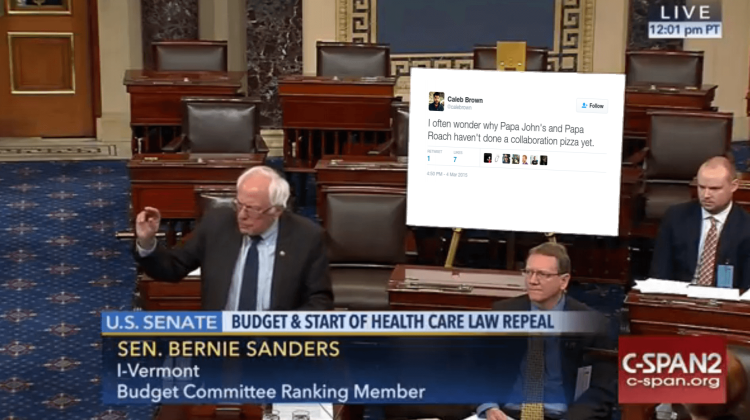 On January 4, 2017, Senator Bernie Sanders arrived onto the House floor with a giant printout of a PEOTUS Tweet in order to illustrate an important political point. Seeing that this scene was ripe for parody, entrepreneur Caleb Brown created Post the Bern, an online generator that hilariously allows any valid tweet (works best with a tweet without a picture) to replace the one Senator Sanders presented to his colleagues.

Hey y’all! I saw Bernie’s giant poster of Trump’s tweet today and thought it was amazing, and absolutely very very meme-able. Once I saw folks Photoshopping their own…I figured it was time to make an easier way :) Thus, Post the Bern was born. Enjoy!

earlier today, sen. ted cruz chuckled when i walked past him carrying this poster. pic.twitter.com/65iAY2106p

Hey! I made a website that lets you put ANY tweet on the giant board Bernie brought to the Senate floor today enjoy! https://t.co/dQHrhqWbuz 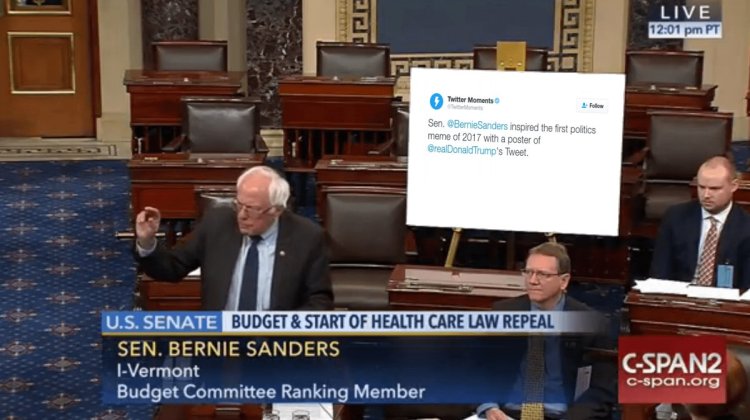