Fred Berenson and Alex Hague, the separate creators of such games as Emoji Dick and Monikers, put their heads together and come up with “Pitch Deck“, a brilliantly hilarious card game that fully embraces the frustrating inanity of the startup funding process from both sides of the table. Like Shark Tank for absurdists, Pitch Deck provides ridiculous concepts for players using pitch cards (with “with weird stuff ranging from “Platonic cuddling” to “Human centipedes” to “Your parents”) and company cards (“I’m looking for the next Tinder”) to combine and develop into a startup idea. Once the idea is solidified, other players acting as investors hear the elevator pitch and decide whether or not to secretly invest.

The concept is super simple—combine a Pitch card from your hand with a Company card on the table to create a new business. Then everyone makes a quick elevator pitch describing what their company does. One person plays an investor, who decides which company everyone will secretly fund that round. At the end of the game, the funding amounts are revealed, and there are two winners: the person who pitched the most valuable company and the person who invested the most in that company.

WE MADE A NEW GAME ???? Pitch objectively bad startups with friends https://t.co/QBzXmqGI1m pic.twitter.com/xljYAaGvZz

I AM SO EXCITED to launch Pitch Deck with @AlxHague – A game of ridiculous, creative pitches for bad startup ideas: https://t.co/TtBkBOYyVN 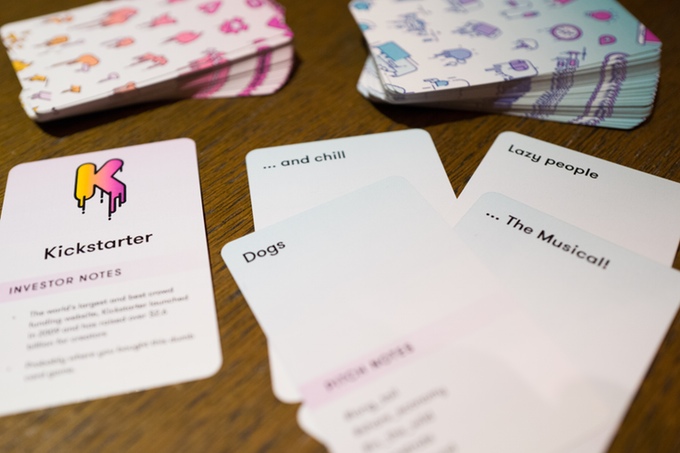 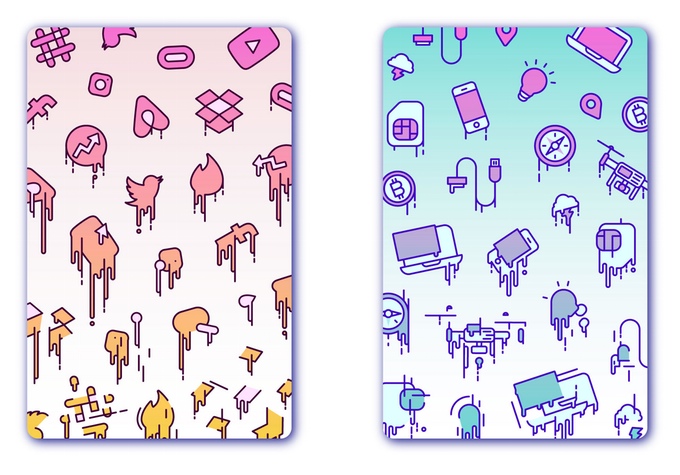