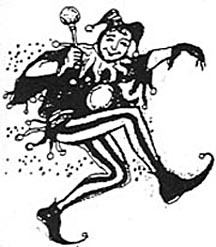 For three decades, New York City’s Annual April Fools’ Day Parade has offered the public an opportunity to express, in a comical way, its outrage against the foolishness of mankind. Thousands of participants in look-alike costumes with satirical floats creatively mock the thoughtless, corrupt and selfish acts of the past year. Kicking off at noon on Monday, April 1, the parade will march down 5th Avenue from 59th Street to Washington Square Park where revelers will party like there’s no tomorrow. It will conclude with the annual crowning of the King of Fools. Spread the word!