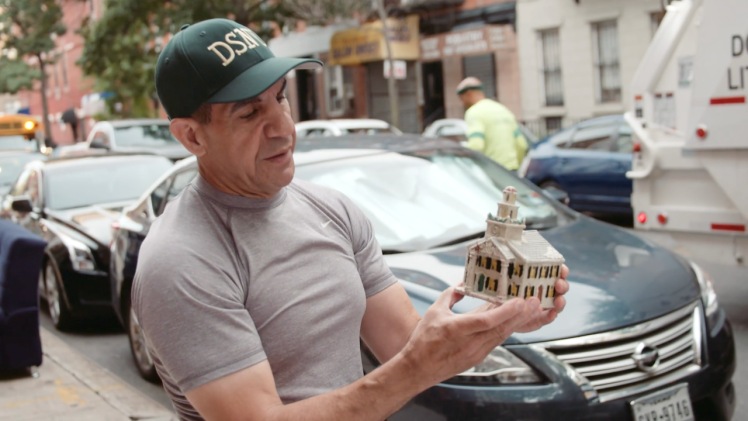 “Treasures in the Trash” by filmmaker Nicholas Heller (previously) is a wonderful portrait of a longtime New York City Sanitation Department worker named Nelson Molina. While on his daily routes, Molina found all sorts of treasures in the trash he collected and put them in an unused but active city garage in East Harlem. Molina’s amassed treasures grew bigger and bigger over the course of the 34 years he spent in the department, organically growing into a private museum.

For 34 years, New York Sanitation worker, Nelson Molina collected items in the trash on his route in East Harlem. Over 45,000 items, all catalogued and organized on the second floor of the M11 garage. Nelson retired from the job in 2015, but comes to the garage routinely to check in on his “museum.”

The next step for Molina’s collection is to share it with the public by establishing a New York Museum of Sanitation, for which funds are currently being raised in order to build.

A core goal of the Foundation for New York’s Strongest is to establish an educational museum dedicated to DSNY’s rich history, present operations, and vibrant future. We have begun with a “museum without walls” approach to engage with the public, conduct market research, and explore potential locations.