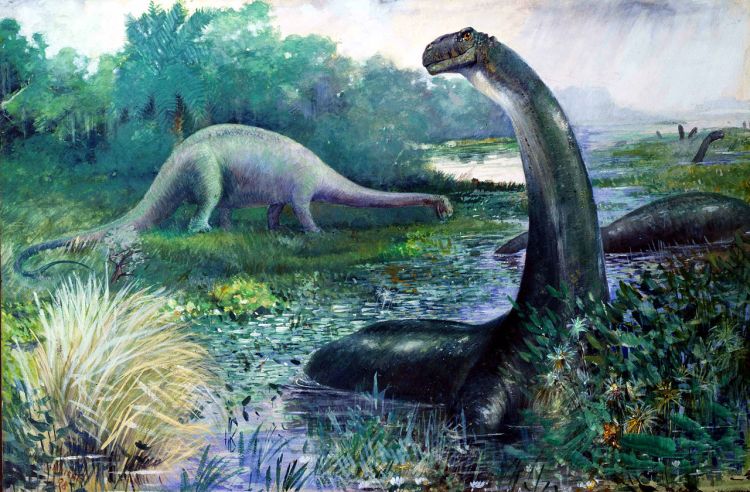 New analysis by Emanuel Tschopp and his team at Nova University in Lisbon says that the sauropod dinosaur Brontosaurus should be returned to its own unique genus status. The Brontosaurus excelsus was reclassified as Apatosaurus excelsus in 1903 because of perceived similarities between the two dinosaurs, but the new study published in PeerJ provides evidence that the Brontosaurus is indeed its own distinct genus.

The study looked at 81 skeletons of Diplodocidae, and key differences in neck width, shoulders, and ankle bones led the team to the conclusion that after more than 100 years, the decision to classify Brontosaurus as an Apatosaurus is incorrect. Because there is currently no official procedure for reclassifying extinct species, the Brontosaurus‘ fate now relies on consensus within the scientific community.