NASA has launched a year-long celebration for the 25th anniversary of the Hubble Space Telescope with Hubble25th.org, a site filled with Hubble images, videos, history, and more. The Hubble Space Telescope was launched into space aboard the space shuttle Discovery on April 24, 1990, and since that time has captured some of the most breathtaking and iconic images ever taken of the Universe.

To begin the celebration, the Hubble recently revisited the iconic “Pillars of Creation” of the Eagle Nebula for a high-resolution image that provided a better look at the massive gas formation. 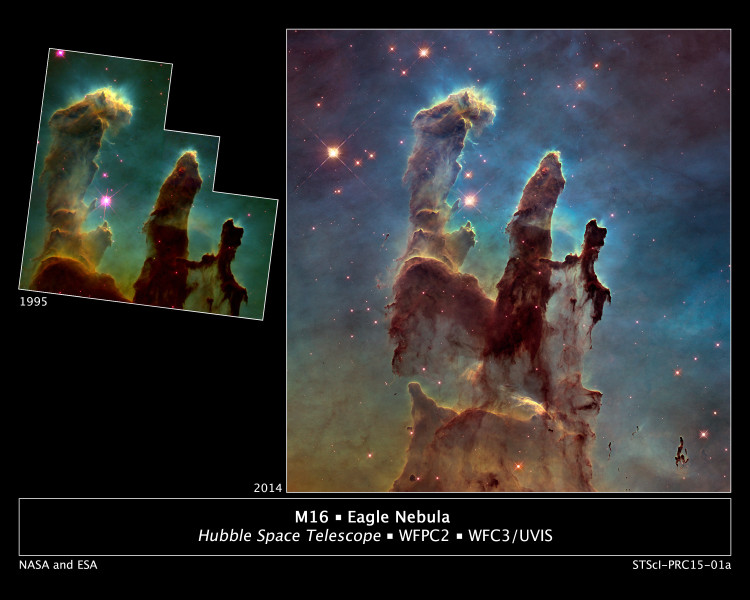