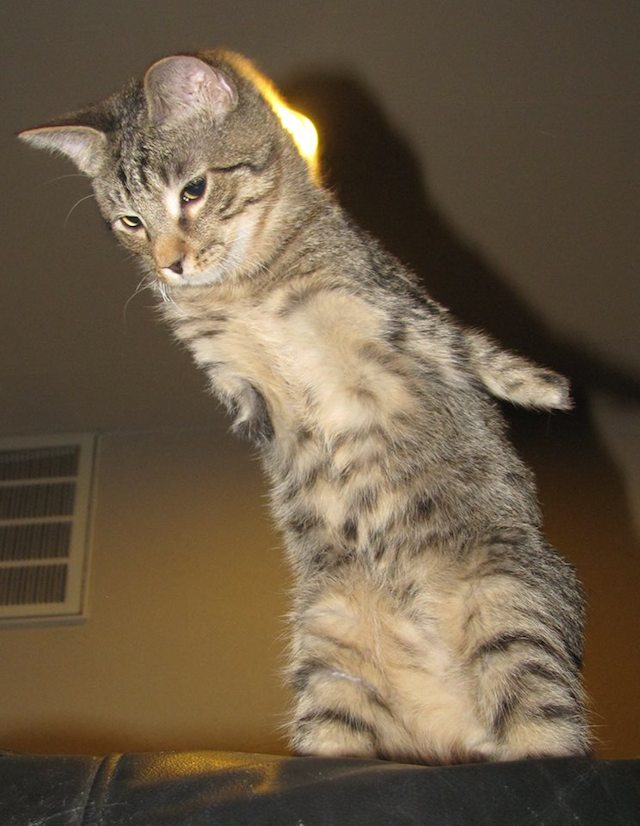 Mercury is an adorable little striped tabby who loves to play, eat, attack his toys and sleep. In other words, he’s a cat. The only thing that is different about Mercury is that he is missing his front legs and most of his toes. These injuries were caused by what his humans believe to be a weed whacker as evidenced by recent yard work in the neighborhood. Mercury was taken in, his eyes still closed from birth, by generous Oklahoma couple who had a great deal of experience fostering animals. They nursed him back to health, taught him to move, then walk and then run. Although Mercury does have his challenges (don’t we all?), his humans don’t want anyone feeling sorry for him.

For people that think that Mercury is sad, needs to be put down, or that keeping him alive is cruel, please simply leave, as this page is about celebrating a kitty overcoming adversity. Mercury absolutely loves life, and has the most inquisitive personality. If he sees something outside he runs to the window to watch, if a new toy or scratching post is brought in he is the first to run over and check it out, he has the biggest purr when he is being petted, and if he doesn’t like something or you aren’t doing what he wants he will yell at you until he gets his way.

There’s wonderful news to report. On February 15, 2014, Mercury became a permanent member of the Oklahoma household that raised him.

When we took Mercury in we had planned just to foster him, as we do with so many other kittens. We didn’t know when we picked him up that he would be one of the kittens that would win a permanent place in our hearts, and while we have discussed putting him up for adoption we simply cannot part with him. Today we made it official, and filled out his paperwork. 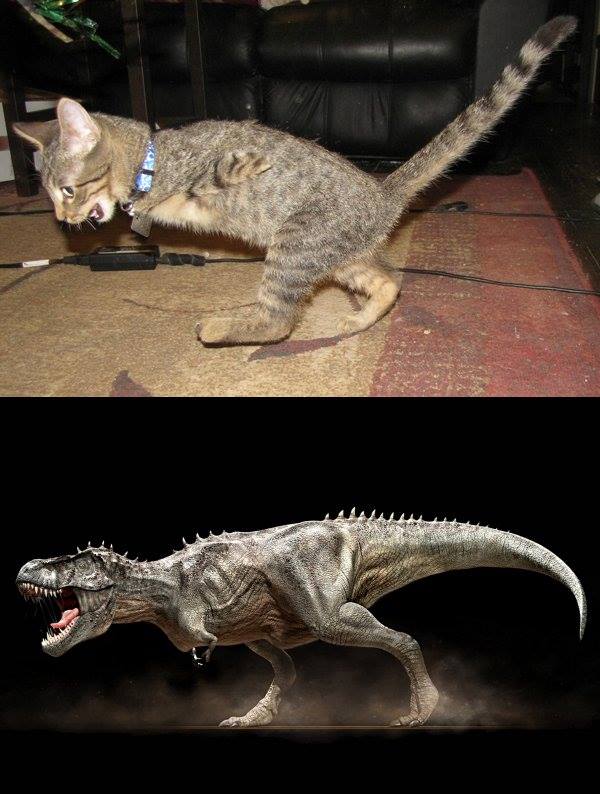 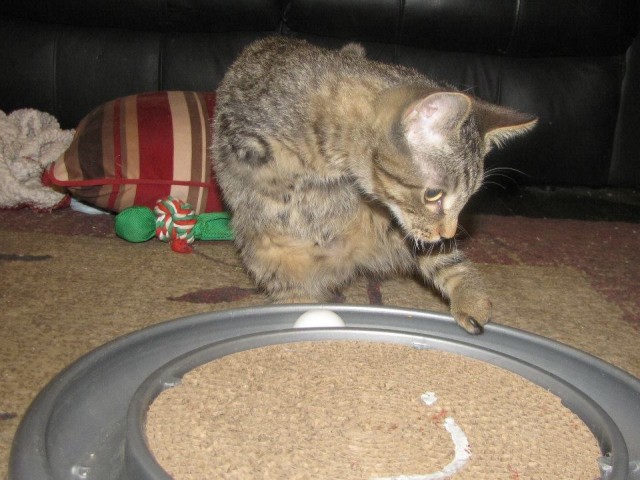 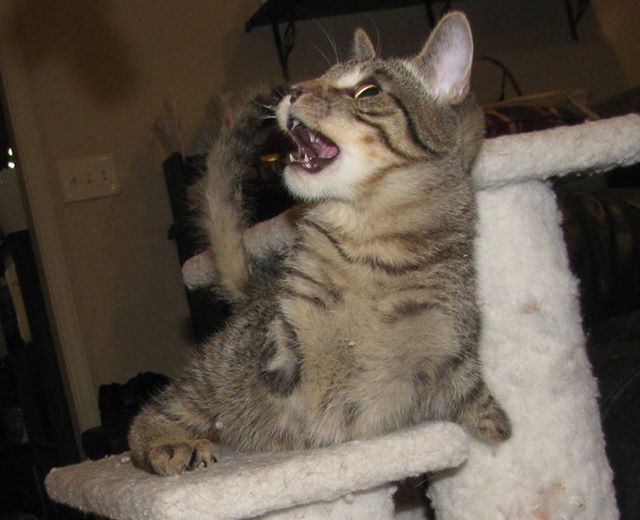