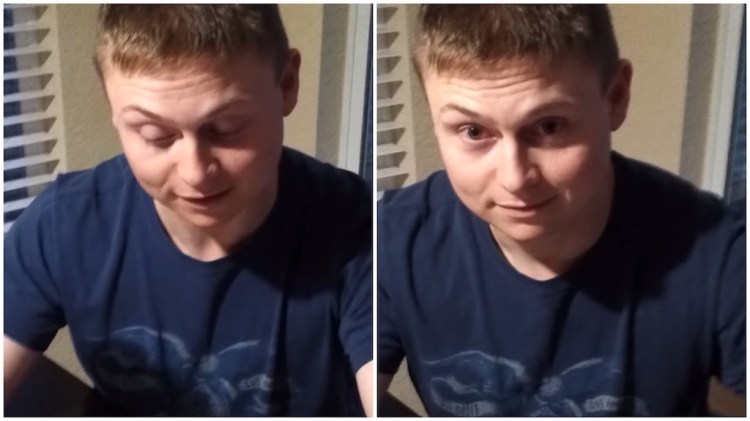 Stephanie Shadrick captured hilarious footage of her husband as he tried to set aside his southern drawl and speak in a neutral American accent. He made several successful attempts, although the word “oil” consistently presented a bit of a stumbling block.

My husband learning to speak without a southern accent. Absolutely hilarious!