In a Behind the Lens with Noisey, director Adrian Arredondo spoke about the decision to shoot on VHS.

My first thought regarding format was to use digital because that’s what’s most readily available. The Velvet Underground shot their videos on film because that’s what they had available at the time and to pay homage to that I wanted to shoot it on a more culturally relevant medium. But then everything I’ve seen on film about pizza, everything that I relate to about pizza, has come from VHS. That’s what I grew up on. As a kid, movies and TV and even Home Alone and Macaulay Culkin’s pizza scene I saw on VHS, all the Ninja Turtles stuff was on VHS. When I was a kid I had a few birthday parties in Texas at this place called Fun Time Pizza and all my home videos were on VHS, so it felt like the best medium for pizza to live on. It just feels right.

To promote the band, Culkin released a video of himself eating a slice of pizza last year in homage to the famed video of Andy Warhol eating a hamburger.

Here is the original for comparison. 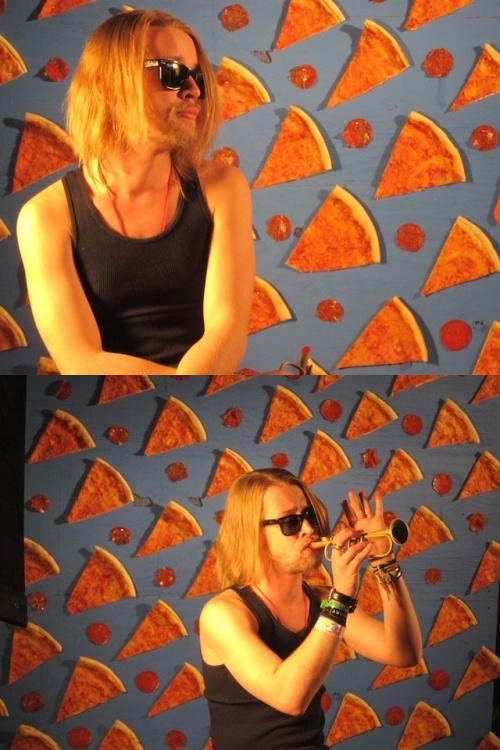