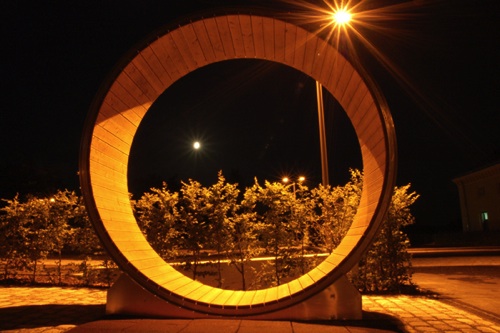 “KRFTWRK” is a socio-political statement and an ironic comment on current problems like the production and waste of electricity in industrial states, as well as the obesity and lack of exercise of their populations.The aim of “KRFTWRK” is to create a consciousness with regard to these topics by artistic measures.

The project consists of actions taking place in real as well as in virtual space. The most important elements are the staging of a company, the internet-based simulation of a global electricity network, and the realisation of power producing sculptures.

“KRFTWRK” is planning and realising a new generation of industrial plants, which produce electricity by means of muscle-power and chemical processes in the human body. For example, special workout devices operate generators and at the same time depict usable sculptures. Additionally, a community will be founded, which communicates and supports the content of the project. “KRFTWRK”, a work in progress since 2006, is situated in the fields of architecture, digital media, and the fine arts.

“KRFTWRK” will be featured at the Paraflows Festival in Vienna, Austria.