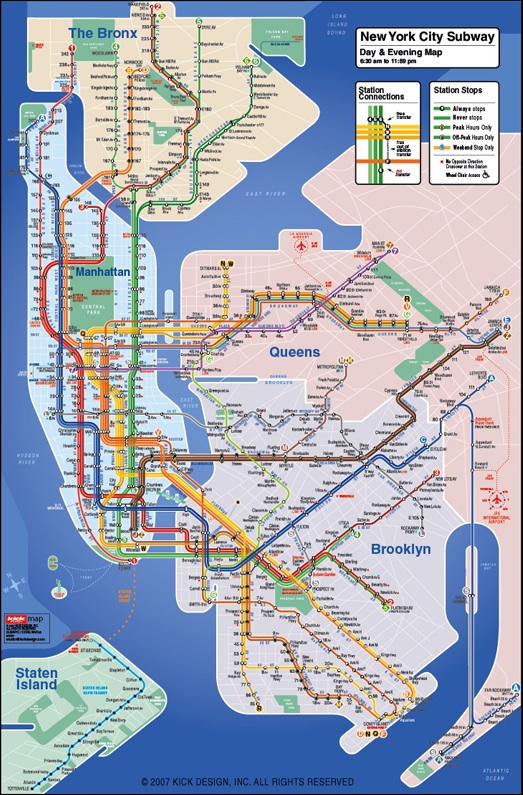 Julie Steele recently did a really great O’Reilly Radar interview with Eddie Jabbour where he talked about his approach to designing the NYC Subway KickMap, which he created to help simplify navigation of the NYC subway system.

The Kick Map is designed to get more people to ride New York City’s subway system. Created with clarity and ease of use, it allows riders to navigate this vast system easily and without uncertainty. The subway map is the key to understanding this most complex subway in the world, which has 26 separate lines and 468 stations. A well-designed map not only welcomes and empowers novices to use the subway but also encourages additional use for regular “home-to-work-only” commuters to use the subway for recreational destinations where they might otherwise take a car. For this reason the design of the subway map can directly influence ridership numbers and can indirectly have an effect on New York’s traffic congestion and pollution. In short, a better-designed subway map will make our subway system more open and accessible.