Kayabuki, a Japanese restaurant in a city about 100km north of Tokyo, employs two monkeys wearing schoolgirl clothes, life-like wigs and creepy masks that serve as waiters. In 2010, Budget Trouble travel blogger Anna Ikeda recorded a cellphone video showing a monkey waiter delivering hot towels to customers, and according to Ikeda they are much more attentive than their human coworkers:

The food is OK, but just barely this side of OK. The service is non-existent. No wonder then that when a British TV crew visited Kayabuki some time ago, some customers said that the monkeys were actually better waiters. At least they brought you things, which cannot be said about the human staff. 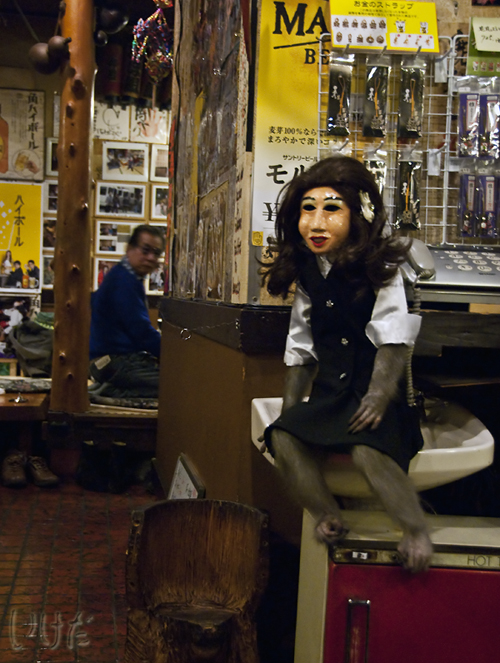