An anonymous individual undertook a massive census of the internet by creating a botnet that infected some 420,000 computers. This “Carna Botnet” only targeted Linux machines with enough processing speed and RAM that used weak passwords like admin, root, or no password at all. The resulting maps accurately show the remainder of IPv4 internet, which will continue to dwindle as more users adopt the current IPv6 standard. Though the individual’s methods were highly illegal in a number of countries, they ensured that the program ran at low priority so as not to interfere with a user’s system or internet connection, and even left their email address in infected systems should anyone have questions about the project.

I did not want to ask myself for the rest of my life how much fun it could have been or if the infrastructure I imagined in my head would have worked as expected. I saw the chance to really work on an Internet scale, command hundred thousands of devices with a click of my mouse, portscan and map the whole Internet in a way nobody had done before, basically have fun with computers and the Internet in a way very few people ever will. I decided it would be worth my time. 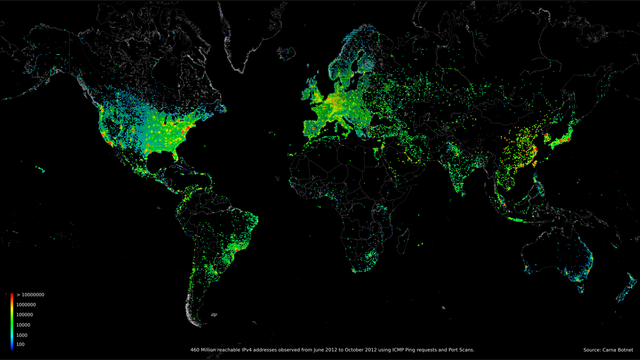 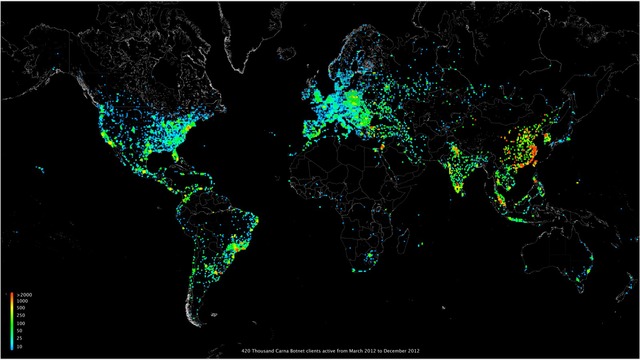