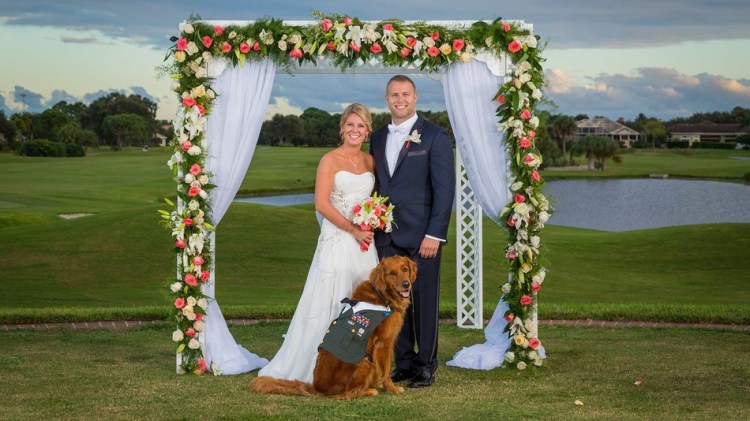 A loyal service dog named Gabe stood proudly at his human Justin Lansford‘s side last weekend, when Lansford married his longtime girlfriend Carol Balmes in Largo, Florida. Man and dog had met through the Warrior Canine Connection, a wonderful organization that connects service dogs with injured soldiers returning from battle. Lansford, a former paratrooper, had lost his left leg in Afghanistan due to an IED and now relies on Gabe for stability, an issue he spoke about in a 2014 interview with ABC.

I was a paratrooper in the 82nd Airborne Division and we were in eastern Afghanistan in early 2012,” he said. “We struck an IED and it flipped my truck completely. I had bilaterally severed femurs which resulted in the amputation of my left leg. …He [Gabe] helps me with one thing to the next. I can use him as a stable surface to lean on, as I get to and from the ground. …If I fall, he’ll come up running next to me and I can use him to push off of to get up off the ground.

Congratulations to the happy couple! 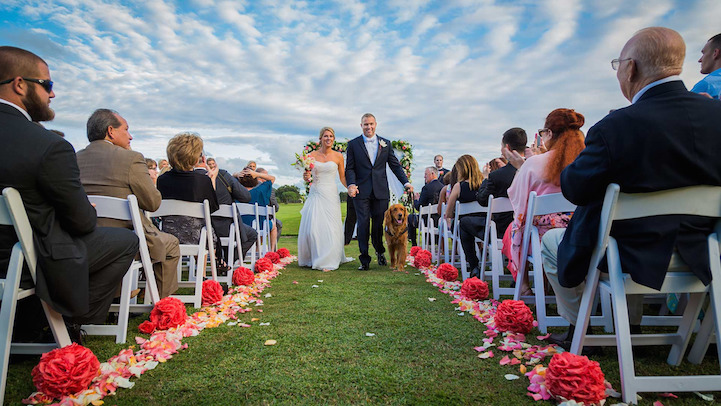 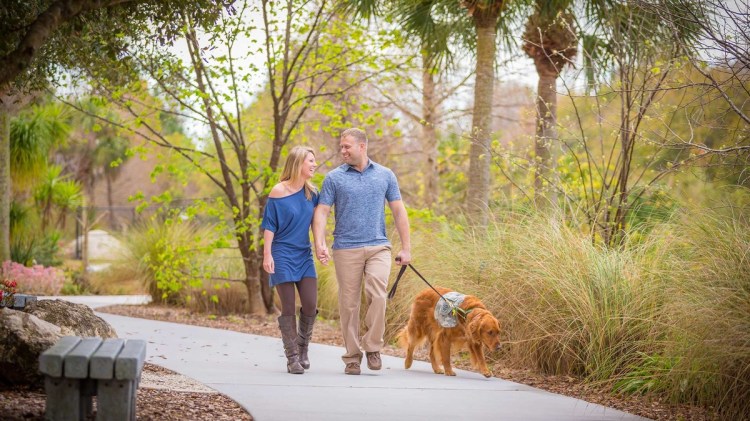 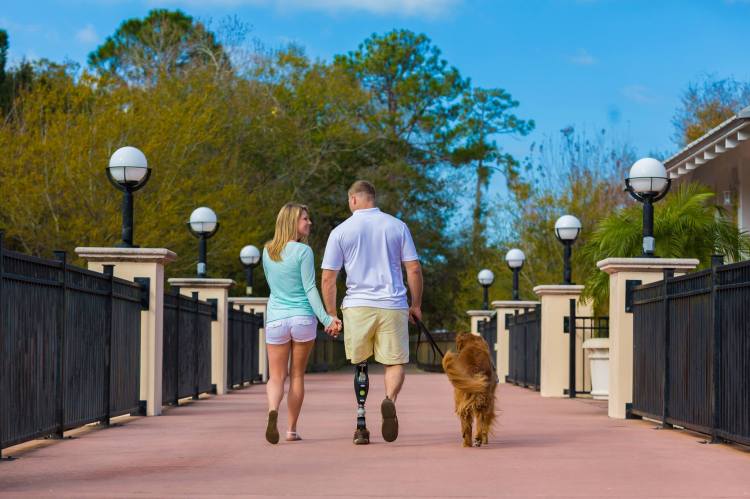