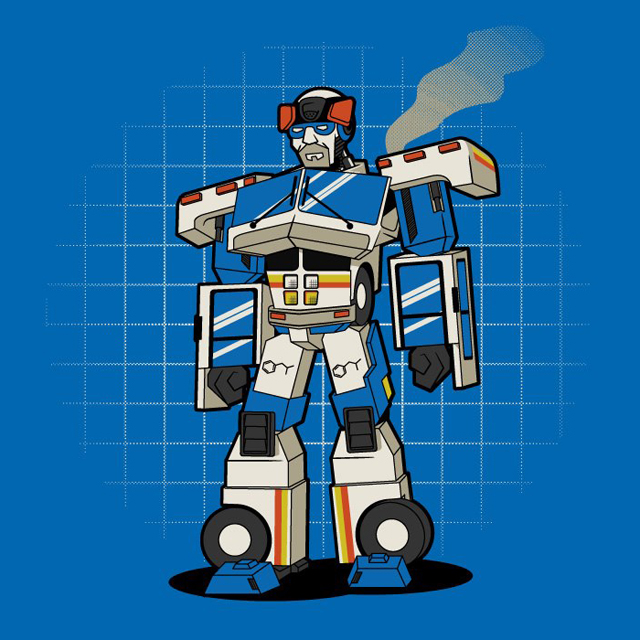 Superior, Wisconsin graphic designer Dann Matthews took the RV from AMC’s television series Breaking Bad, which was used as a meth lab, and turned it into a mashup with Walter White (Heisenberg) and the Transformers Autobot leader Optimus Prime in his Heisenbot design. Shirts, hoodies, stickers and iPhone cases are all available to purchase from Dann’s RedBubble store.