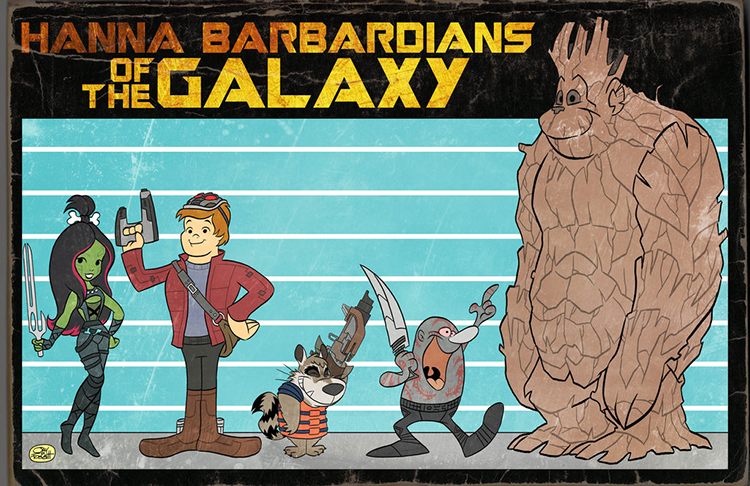 The Guardians of the Galaxy, envisioned as a 1970’s Hanna Barbera cartoon. That’s teenage Pebbles and Bamm Bamm as Gamora and Star Lord, Muttley as Rocket, Captain Caveman as Drax, and Grape Ape as Groot. I added a distressed texture to give this piece a vintage “garage sale” look.

Fosgitt also recently released an illustration that depicts characters from Popeye the Sailor as members of Marvel‘s Inhumans group, which he appropriately titled The Inhuminks. 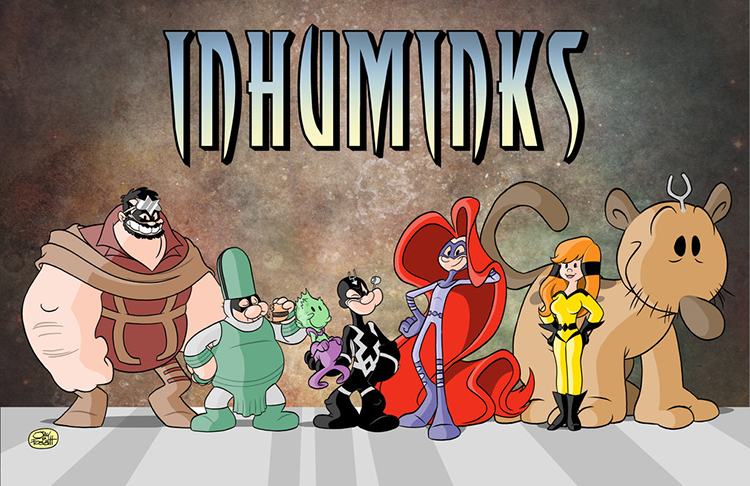 Hanna Bardbardians of the Galaxy. Haha love this. Like a memory I didn't know I had. pic.twitter.com/YjzIT4kXC3