Paleontologists at the University of Michigan recently unearthed the partial remains of a wooly mammoth who wandered the lands of Lima Township, Michigan approximately 12,000 – 15,000 years ago. James Bristle, farmer and property owner first came across the bones while digging a trench in his wheat fields.

We didn’t know what it was, but we knew it was certainly a lot bigger than a cow bone. …When my 5-year-old grandson came over and saw the pelvis, he just stood there with his jaw wide open and stared. He was in awe. So I think this was the right thing to do.

Dig leader Professor Daniel Fisher believes that this discovery is “excellent evidence of human activity” in the area.

We think that humans were here and may have butchered and stashed the meat so that they could come back later for it. …The team’s working hypothesis is that ancient humans placed the mammoth remains in a pond for storage. Caching mammoth meat in ponds for later use is a strategy that Fisher said he has encountered at other sites in the region. Evidence supporting that idea includes three basketball-sized boulders recovered next to the mammoth remains. The boulders may have been used to anchor the carcass in a pond. 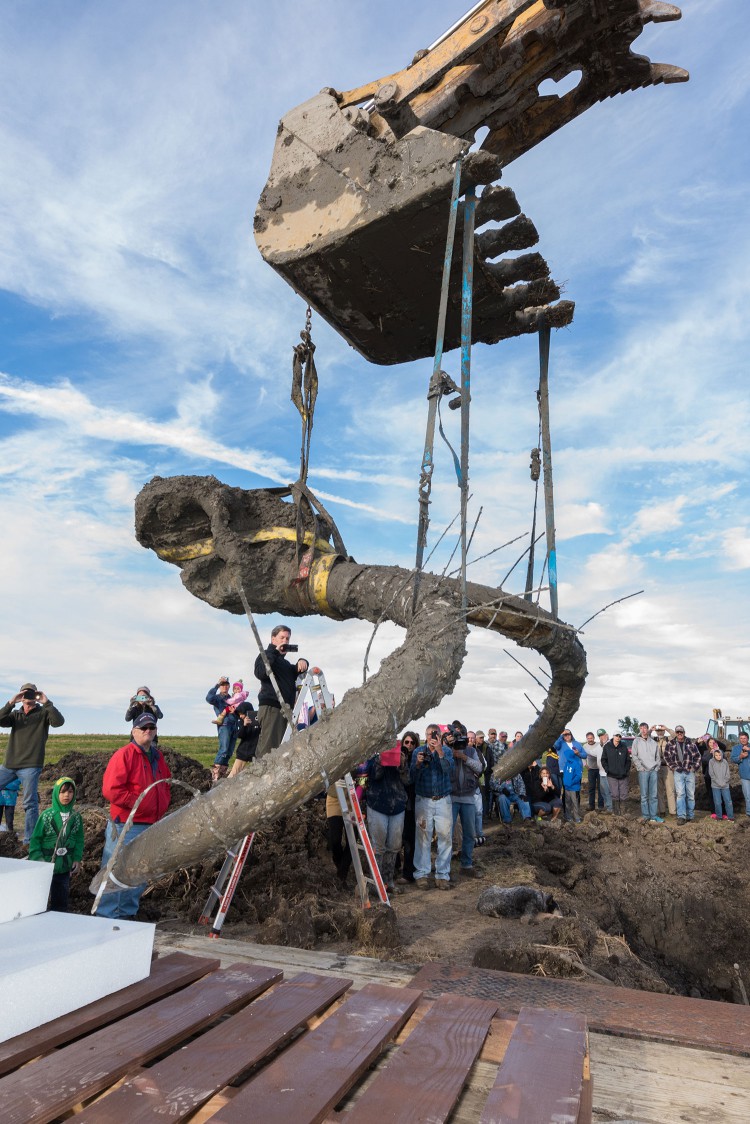 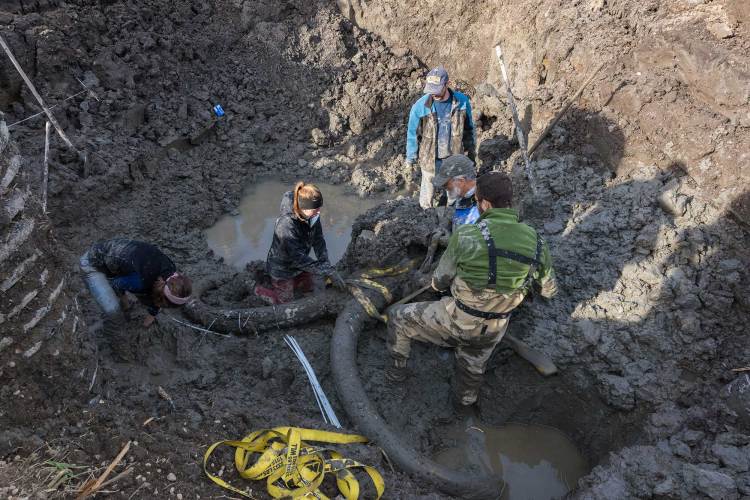 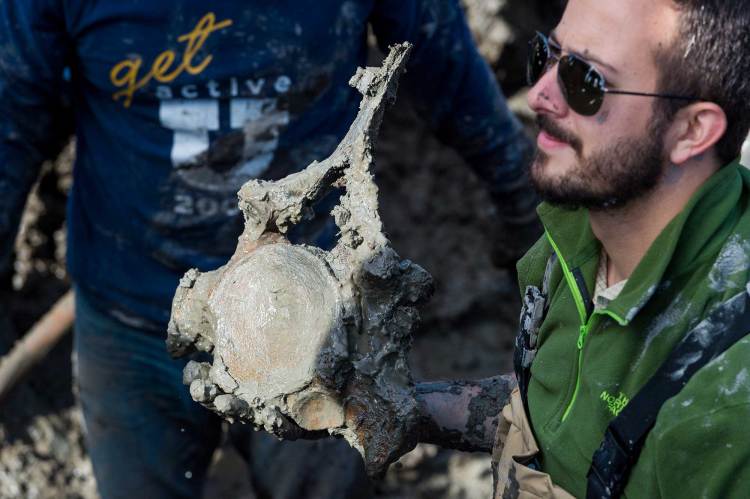