Synthesis is an “indie game about simple nodes with simple relationships, that combine to do complex visually appealing things.” Developed by Christopher Hart, it evokes a feeling of games from the early, command line days of the digital frontier, married to a Spore creator ethos. However, unlike the control over your creations Spore offers, once you program and unleash your creations into being, they take on a life of their own and form new relationships.

Synthesis is a game about designing self replicating molecules which grow into complex structures. It is part molecular dynamics, part cellular automation, and part connect the dots. This all takes place in the autoclave of a sequencing particle accelerator, which you use to program and introduce seed molecules. Due to the minimalist graphics it can be pictured on an atomic, cellular or galactic scale.

Synthesis was envisioned as a game with complicated relationships that can be controlled using simple actions. It has a life of its own which you create, yet once released is completely out of your control. Small changes can lead to totally different outcomes and there are many ways to approach the same result.

Fresh from Austin’s Captivate Conference last week, Hart’s work is being featured this week at the DAGGER game development and active demo event, part of the Ninth Annual AAAI Conference on Artificial Intelligence and Interactive Digital Entertainment at Northeastern/MIT in Boston. Recently, he also participated in the 2013 Boston Festival of Indie Games where he came away with two awards.

Synthesis is currently only available as Windows alpha version, although Mac and Linux versions are planned. Hart is gaining valuable feedback from game players while supporting development via Humble Bundle, the indie game bundle/pay what you want/charity supporting distribution platform. 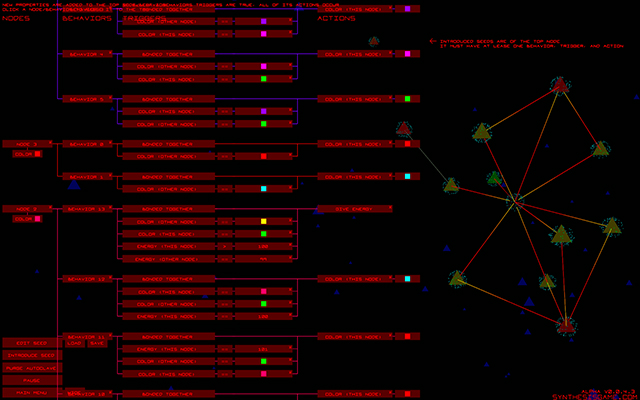 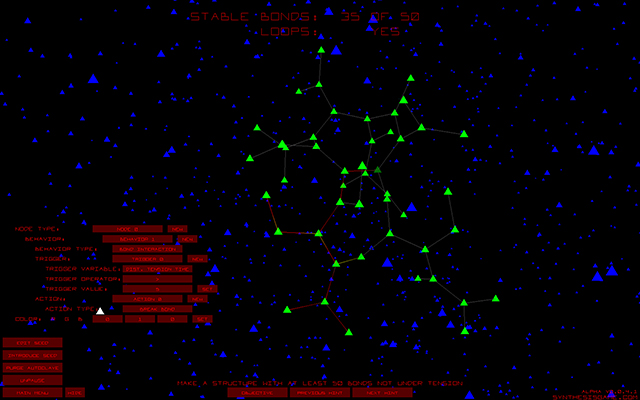 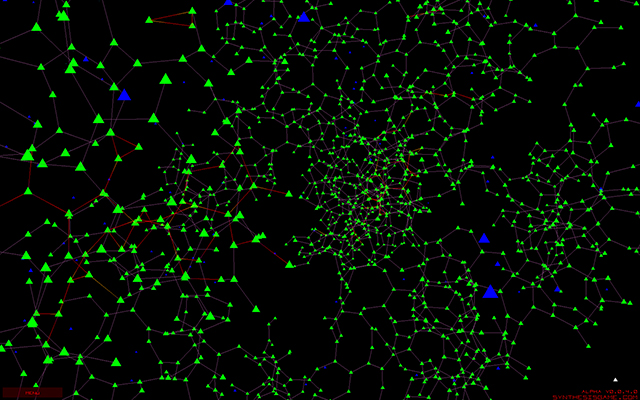