edges2cats uses a computer neural network trained on stock images of cats to turn simple line drawings into photorealistic feline images. The tool does an impressive job of turning simple drawings of cats into something that resembles the real thing, but it will process any input it is given and attempt to turn them into cats with sometimes strange results.

The tool was created by Christopher Hesse who based his work on the similar pix2pix image translator which he ported to Tensorflow. Hess also used the same process to develop edges2shoes and edges2handbags tools which use neural networks trained on images of shoes and handbags respectively, and wrote about creating the program in the article “Image-to-Image Translation in Tensorflow”.

Some of the pictures look especially creepy, I think because it’s easier to notice when an animal looks wrong, especially around the eyes. The auto-detected edges are not very good and in many cases didn’t detect the cat’s eyes, making it a bit worse for training the image translation model. 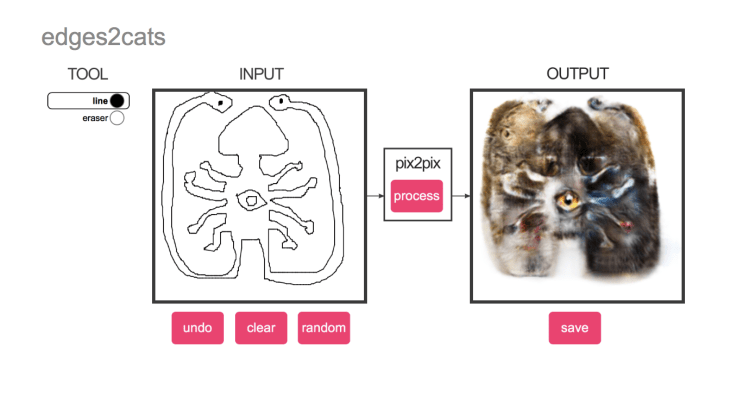 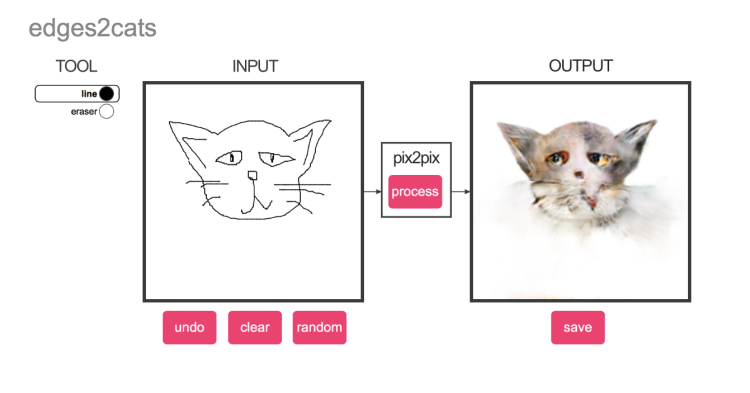 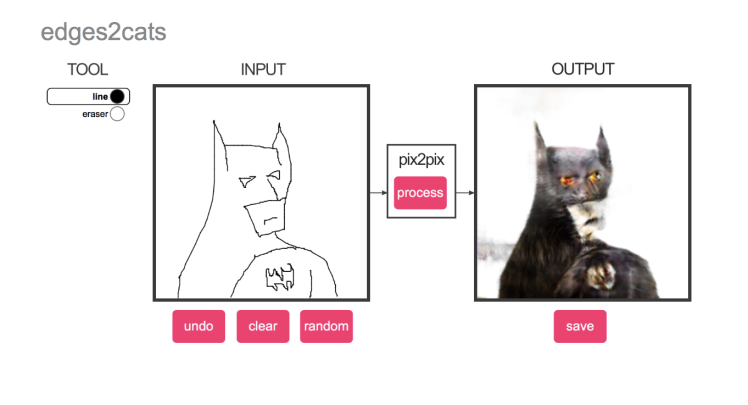