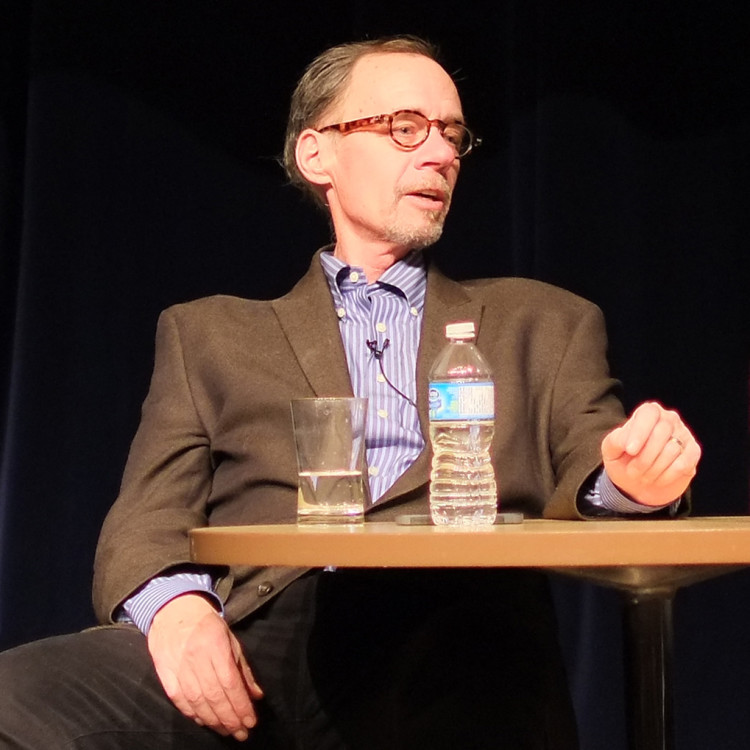 David Carr, the beloved author of The New York Times column “The Media Equation”, critic, author, and star of the 2011 documentary Page One: Inside the New York Times, suddenly and unexpectedly passed away last night after moderating a panel at The New School. He collapsed in the Times newsroom–the place where he worked since 2002 after overcoming an intense cocaine addiction–and was brought to St. Luke’s-Roosevelt Hospital where he was pronounced dead shortly before 9:00 PM. He was only 58 years old.

David Carr was our champion: the best we had, the one who made the case every week for what we do http://t.co/Qr27AFp96O

David’s friends, co-workers and cohorts have come out on social media en masse to express their sadness and share their stories about the charismatic curmudgeon who regularly took the the media to task. 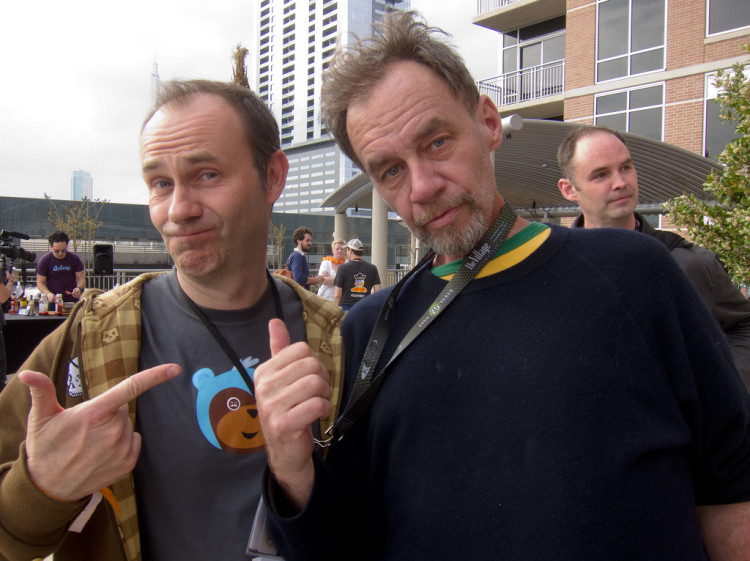 With Eddie Codel at SXSW 2011 – photo by Scott Beale 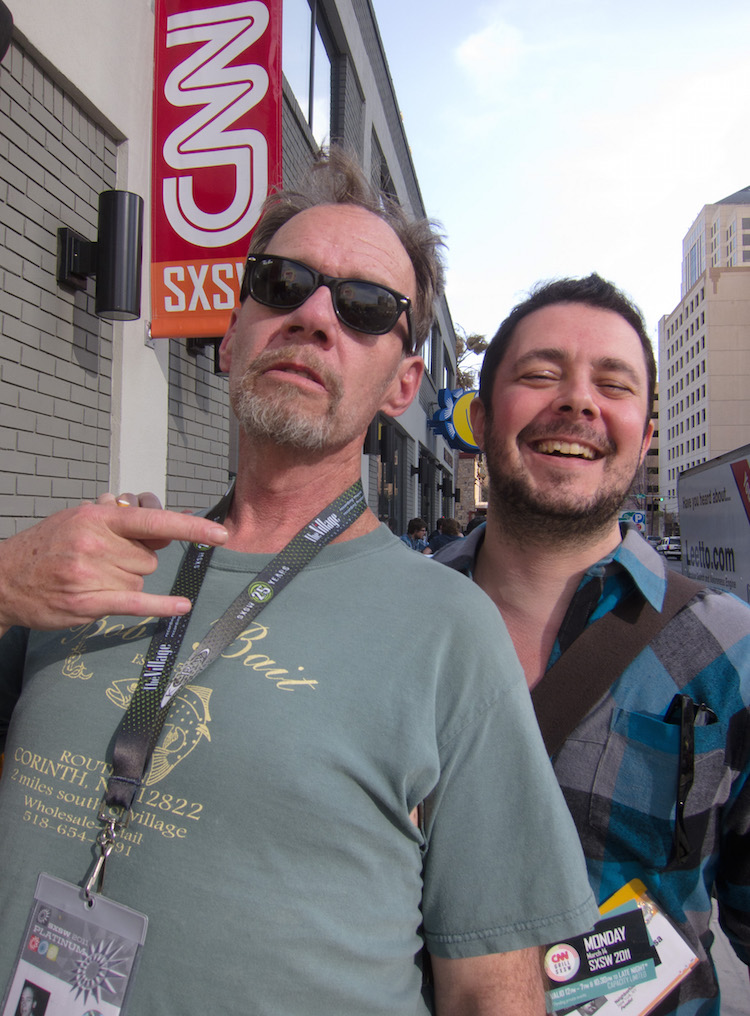 With Anthony DeRosa at SXSW 2011 – photo by Scott Beale

Here's Carr in my backyard doing what he loved most: smoking, drinking coffee, and working on his column. pic.twitter.com/nkz9NGVBXT

We are diminished by the loss of anyone. And David Carr was one of the best. @nytimes @PBS

Such a beautiful man, a funny, kind and generous soul, one of the few genuinely good people I know. I am devastated.

Still stunned learning of @carr2n's passing. Honored to have worked w/him at @wcp in the mid-90s. RIP David Carr.

Rest in Peace David. You will be sorely missed.

via The New York Times, Circa