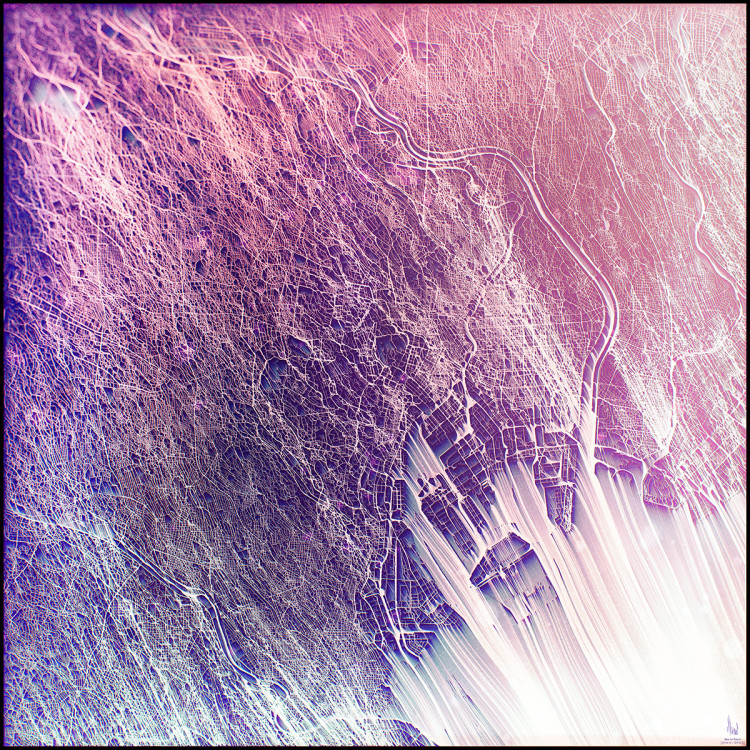 Cities are transformed into eroding terrains in the map art series Flowing City Map by Geneva-based artist Chaotic Atmospheres (previously). The artist created the images by processing city maps in World Machine, a 3D terrain software. The software is normally used to create realistic 3D terrains, but Chaotic Atmospheres used it to add erosion and natural landforms to maps of Beijing, New York City, Paris, and other cities around the world. The series is on display at the It’s LIQUID art show in Venice through January 12, 2015. 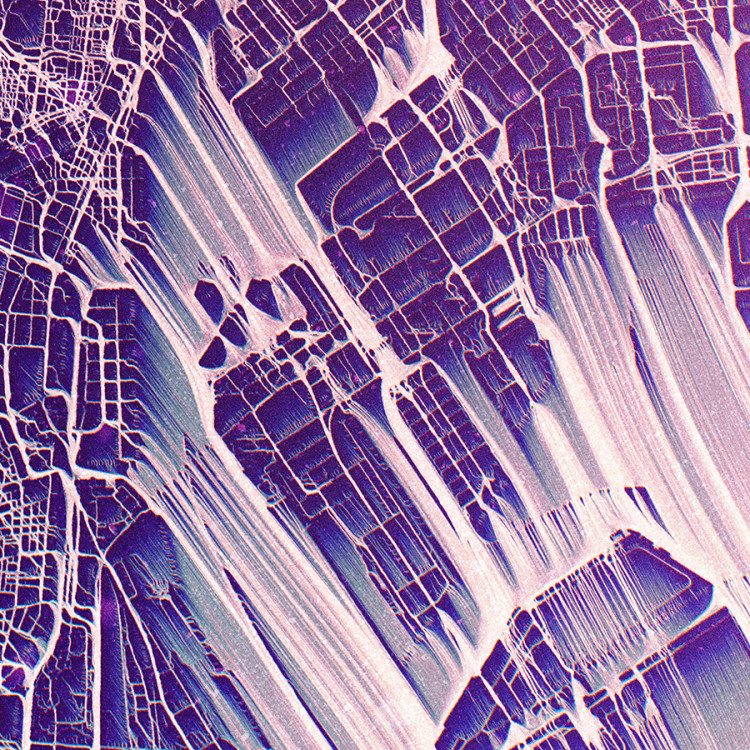 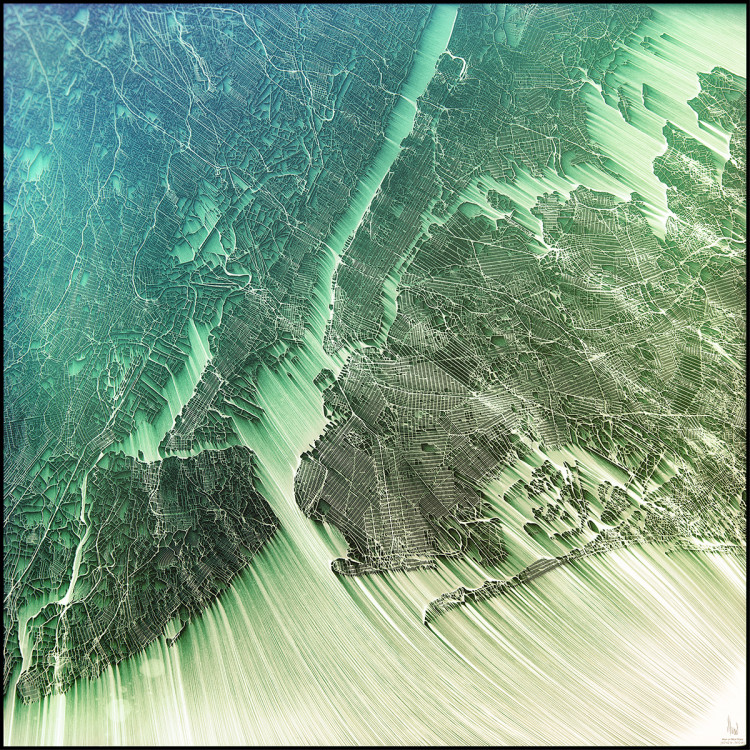 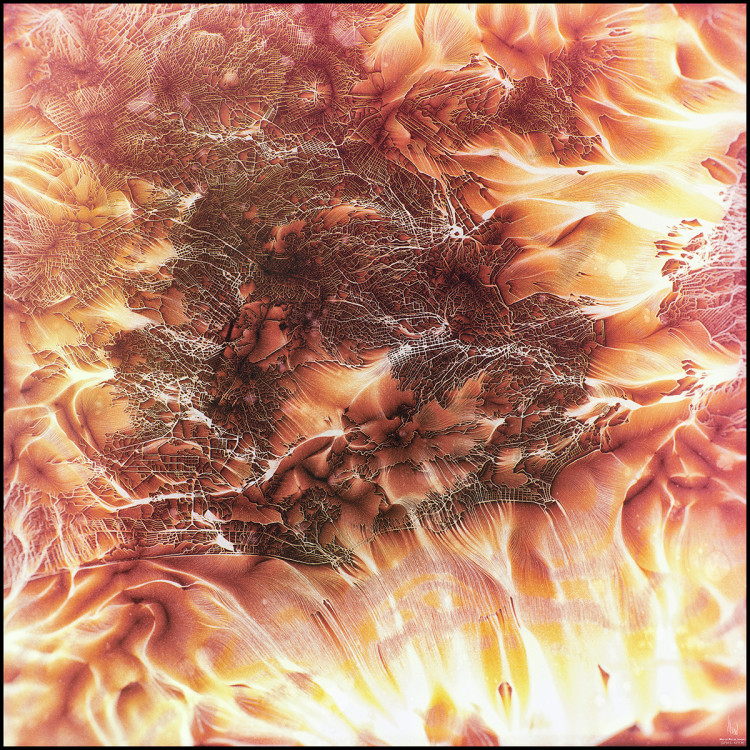 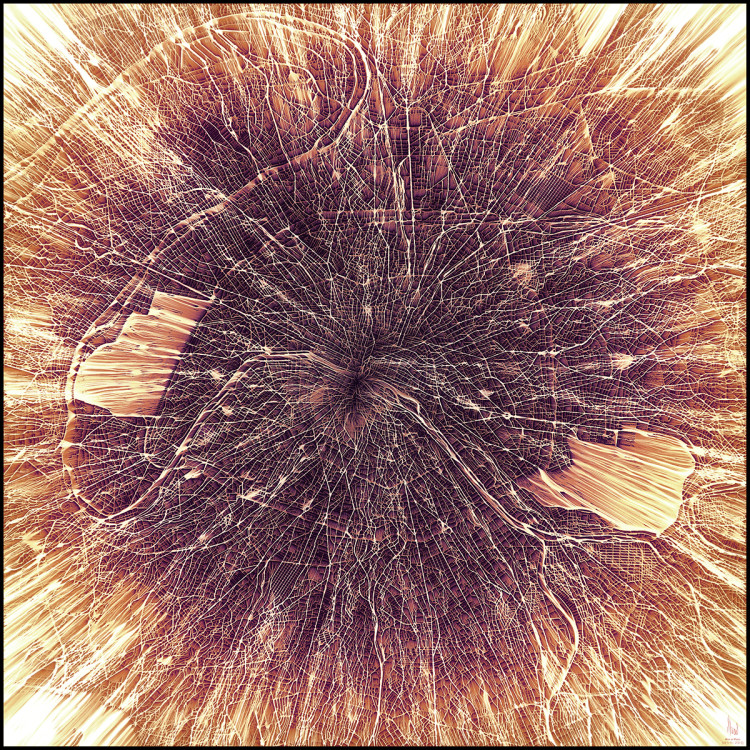 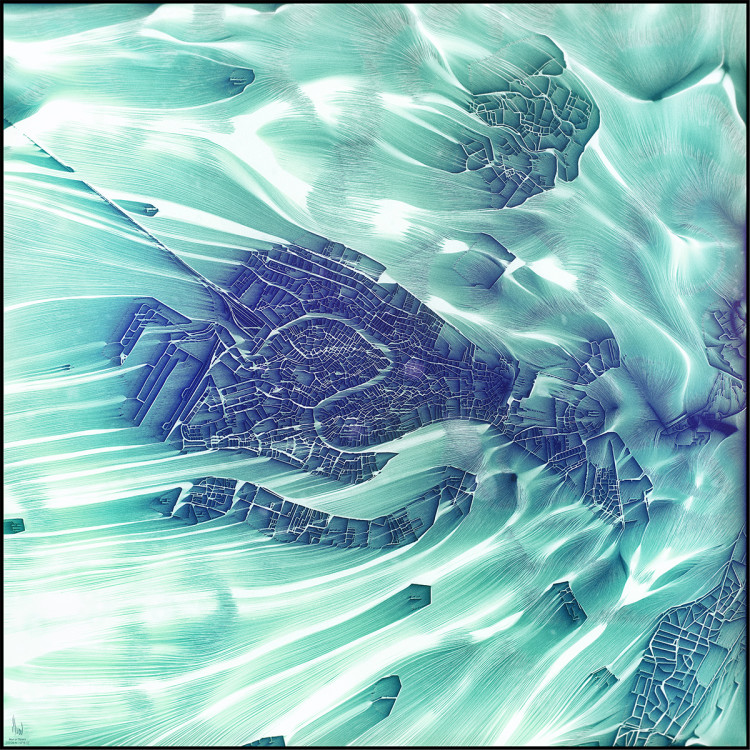