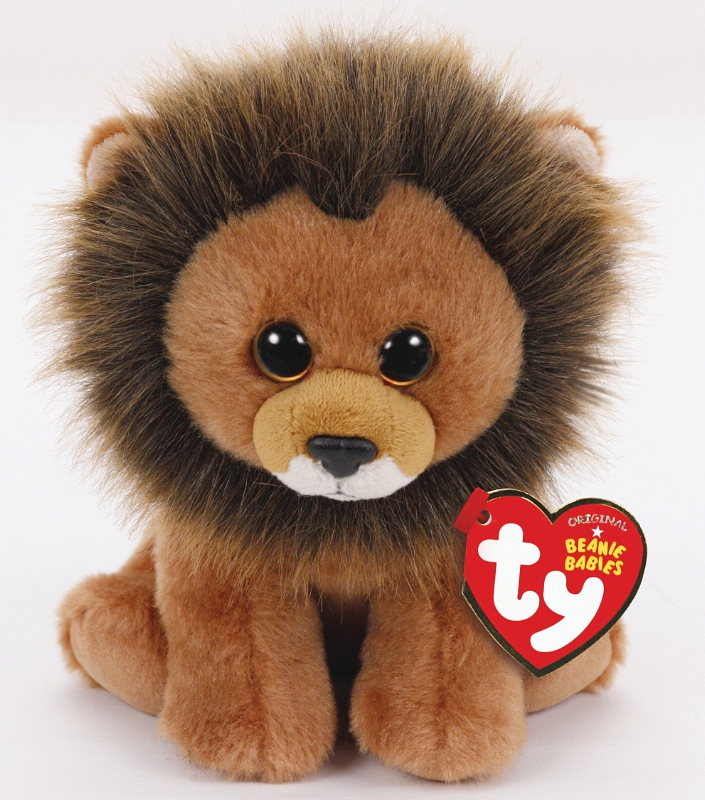 Ty Warner, the CEO and founder of the Beanie Baby company Ty Inc., has announced that a “Cecil the Lion” Beanie Baby has been created in memory of the beloved lion who was killed in July by an American trophy hunter. 100% of the proceeds from the sales will be donated to WildCRU in Oxford, England.

Ty has pledged 100% of profits from the original sale to WildCRU, the Wildlife Conservation Research Unit of University of Oxford in Oxford England. “Hopefully, this special Beanie Baby will raise awareness for animal conservation and give comfort to all saddened by the loss of Cecil,” said Ty Warner. …The mission of WildCRU, founded at the University of Oxford in 1986 by Prof David Macdonald, is to achieve practical solutions to conservation problems through original scientific research. WildCRU’s work spans many species in many countries around the world. David and Dr Andrew Loveridge set up the Hwange lion study in Zimbabwe in 1999 and it is one of the longest running and most detailed lion conservation projects in Africa. 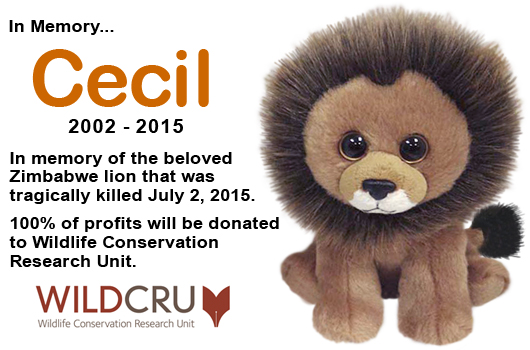