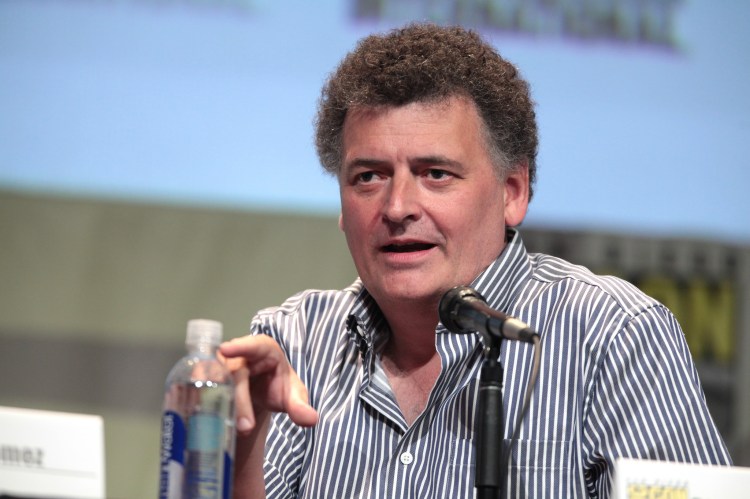 On Saturday, January 22, the BBC officially announced that show runner Stephen Moffat will be stepping down from his role as the Doctor Who Head Writer and Executive Producer after the last episode of Series Ten. Replacing Moffat in 2018 will be Chris Chibnall, show runner for Broadchurch and writer for Torchwood and Doctor Who. Series Ten will premiere in 2017, according to BBC One Controller Charlotte Moore.

I want to thank Steven Moffat for everything he has given Doctor Who – I’ve loved working with him, he is an absolute genius and has brought fans all over the world such joy. I will be very sad to see him leave the show but I can’t wait to see what he will deliver in his last ever series next year with a brand new companion. I have decided to schedule Steven’s big finale series in Spring 2017 to bring the nation together for what will be a huge event on the channel. 2016 is spoilt with national moments including the Euros and Olympics and I want to hold something big back for 2017 – I promise it will be worth the wait! I would also like to take this opportunity to welcome Chris Chibnall, a wonderfully talented writer who I know will bring something very special to the hit series.”

Steven Moffat will step down as Head Writer & Exec Producer after S10… Chris Chibnall to take over! pic.twitter.com/iMhNoEAegy

Actor Matt Smith, who played the eleventh incarnation of the Doctor, shared his thoughts about Moffat’s departure with the The Anglophile Channel.

via Radio Times, The Mary Sue