San Antonio, Texas-based artist Scott Wade, who is internationally known as the “Dirty Car Artist,” has been creating highly detailed and shaded works of art on dirty car windows (particularly the rear window) for years. More of Wade’s amazing dirt illustrations are available to view on his website and Facebook page.

His early drawings were usually funny faces; his dad was an amateur cartoonist, and Scott developed his own style of cartooning. Eventually though, he became curious; could he expand the visual vocabulary from that fat line? He started experimenting with using a fingernail to get a finer line, the pads of his fingers brushed lightly to create some shading. One day, having finished a popsicle, he took the chewed end of the stick out of his mouth and tried it as a brush. Soon he was trying all his brushes to see what effects they could achieve. He started photographing and emailing the resulting drawings to his friends. One of those emails was forwarded to a local columnist, which resulted in the media wanting to showcase his work, which turned into opportunities to create his special kind of art all over the world! 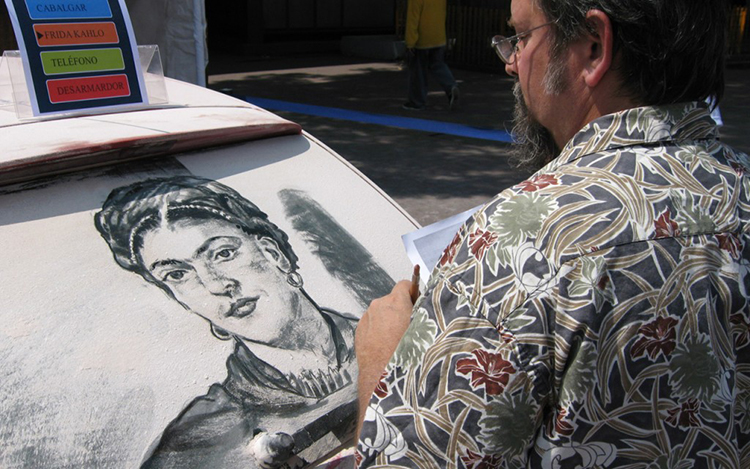 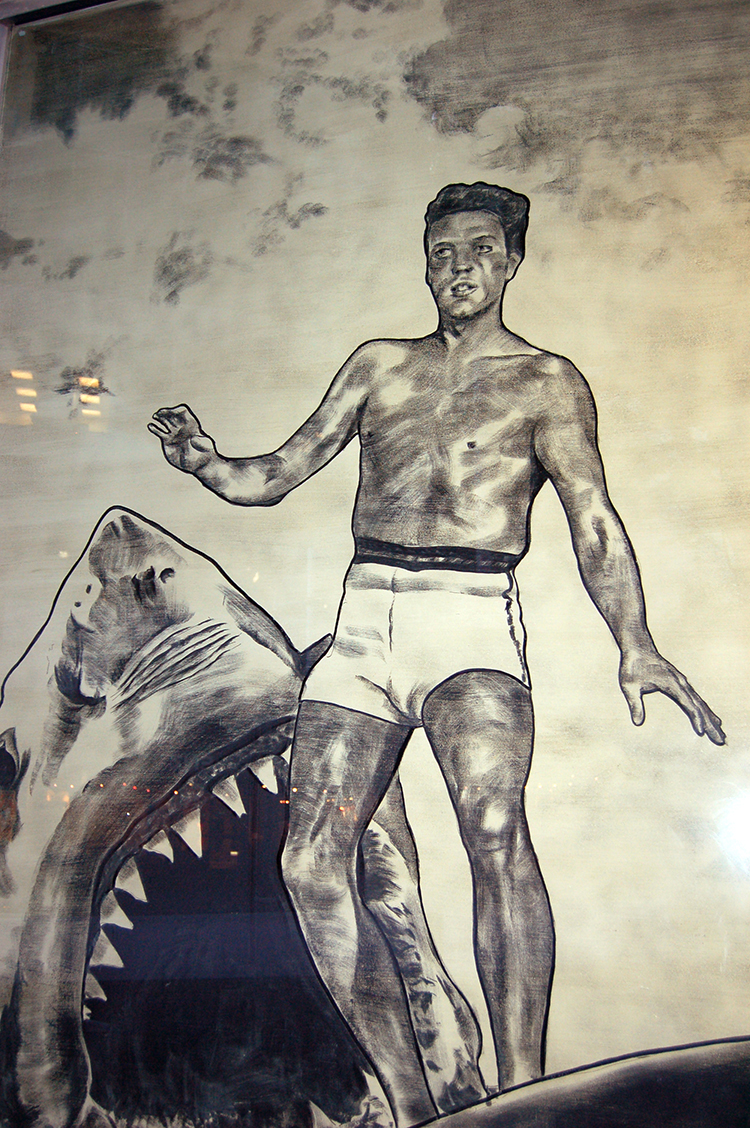 Elvis and the Shark 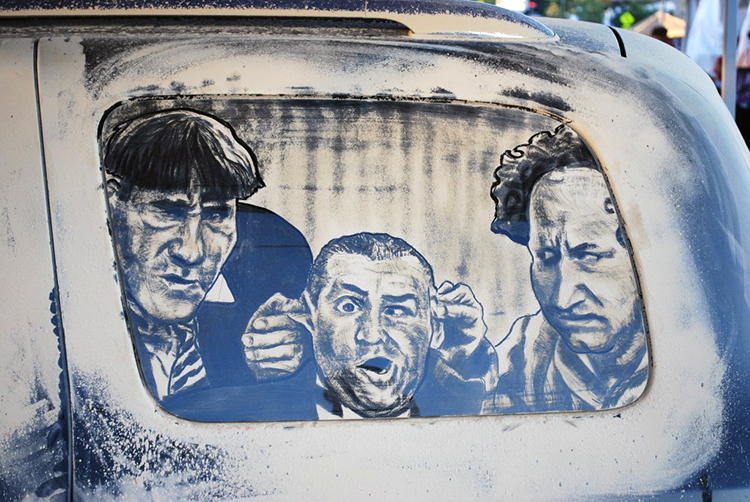 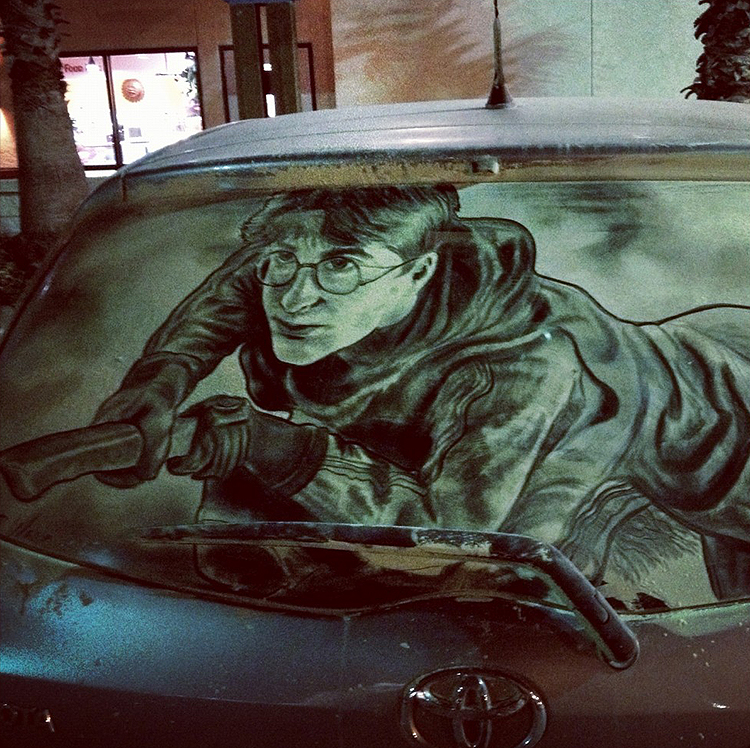 Harry Potter on His Broomstick 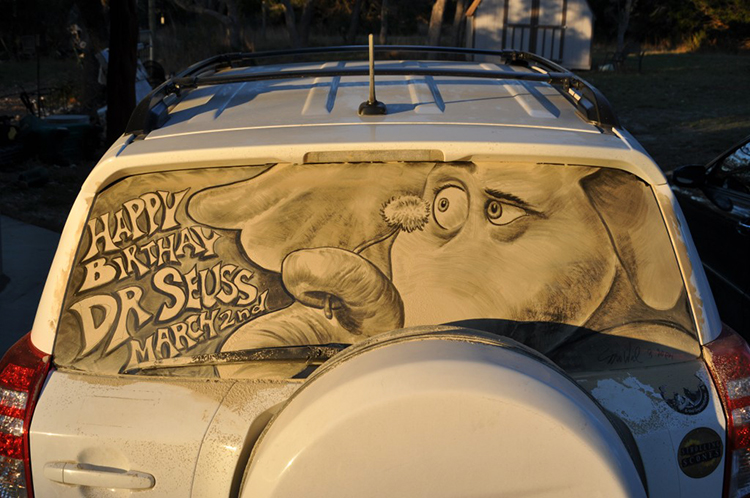