When a tiny chihuahua puppy who lost his mother to a car accident was brought to the Michigan Humane Society, they knew that he would need a lot of loving care. After a bit of thought, the decision was made to pair him with a very gentle cat named Gwen, who was nursing her newborn kittens to see if they would accept each other. The plan worked and now the orphaned puppy is now part of Gwen’s litter.

Bobby, a five week old Chihuahua puppy, was orphaned when his mother was struck and killed by a car when he was just days old. Thanks to the creativity of one of our transfer partners and the motherly love of a cat named Gwen – Bobby is now thriving as part of a litter of kittens! Gwen, who was already nursing several kittens, took Bobby in as one of her own, and the blended family has been spending time in an MHS foster home receiving specialized care. 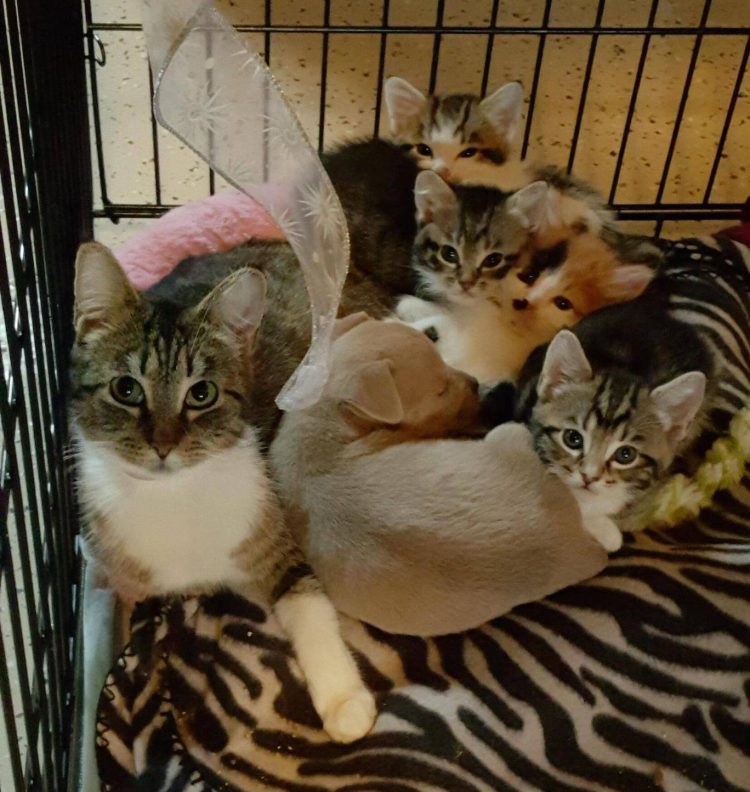