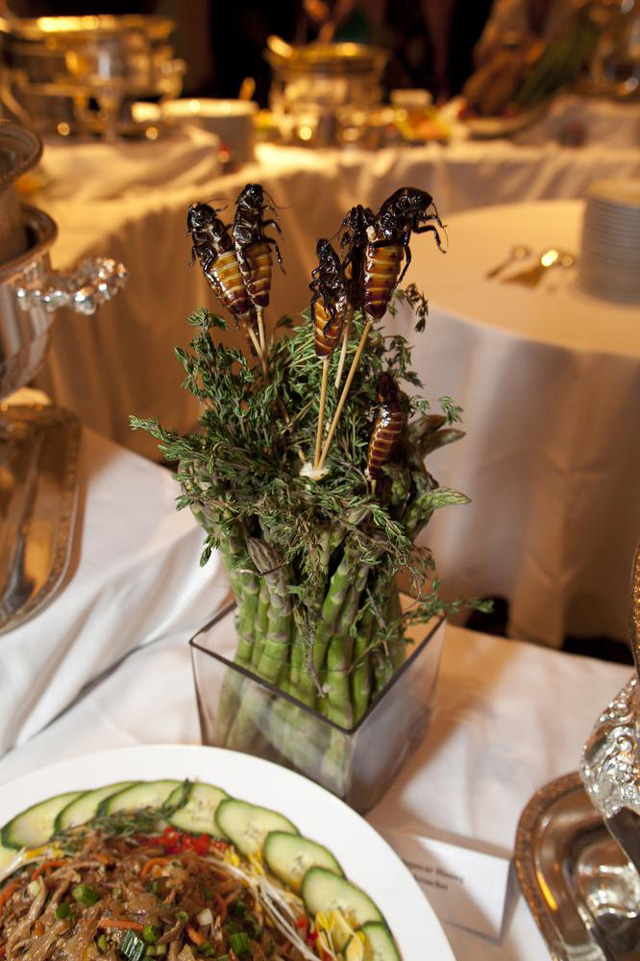 Fried Cockroaches on a Stick in Asparagus

The Explorers Club held their 109th Annual Dinner recently at the Waldorf Astoria hotel in New York City. According to reports by Huffington Post and Gothamist, it was an extraordinary formal affair where diner’s feasted on delicacies like muskrat, alligator, beaver, camel (meat loaf), fried cockroaches, rattlesnake and much more. Exotics chairman Gene Rurka is quoted as saying, “The alligator recipes I think were a hit. The insects of course, they’re always a hit. We did not have enough tarantulas, cockroaches, worm salad.” The club was founded in 1904 and is “dedicated to the advancement of field research and the ideal that it is vital to preserve the instinct to explore.” Neil deGrasse Tyson was the evening’s keynote speaker. 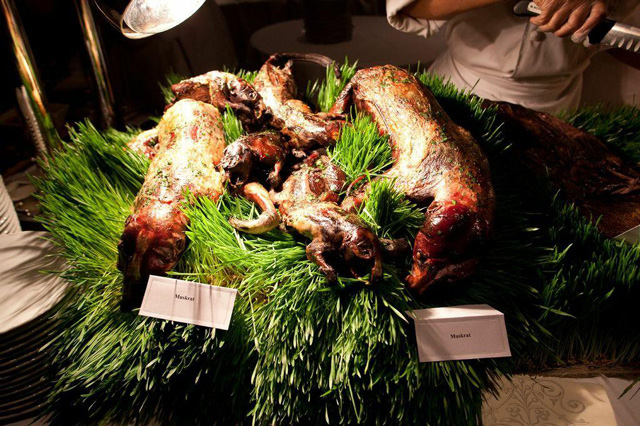 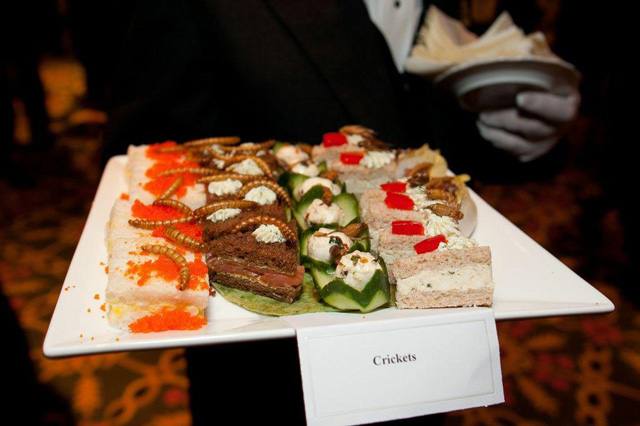 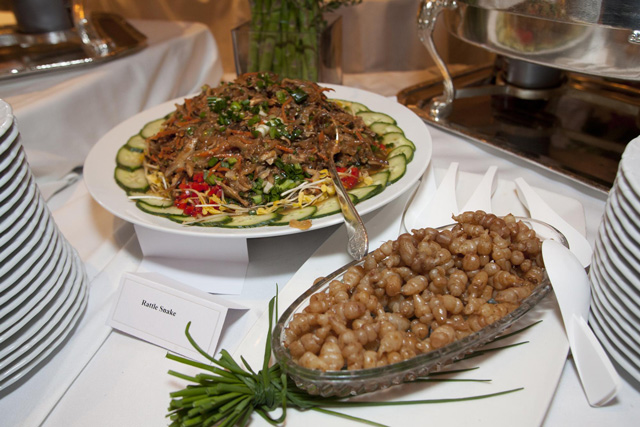 images via Gothamist via The Explorers Club