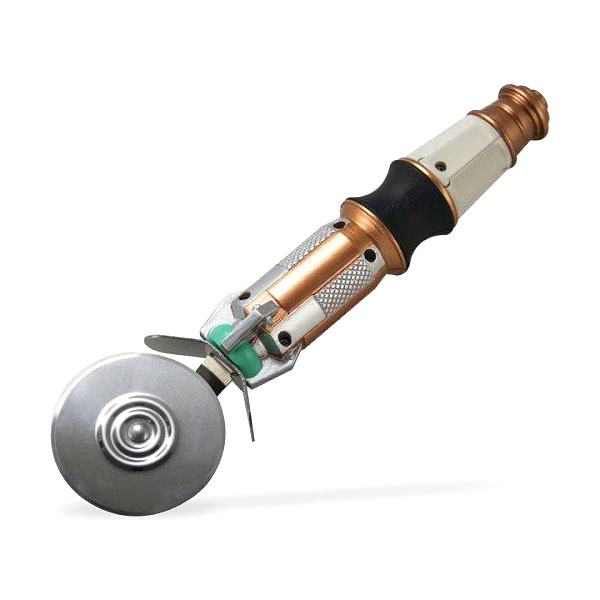 ThinkGeek, who are celebrating their 17th anniversary, is currently offering a Sonic Screwdriver Pizza Cutter that looks just like the one Matt Smith used to carry around as the 11th incarnation of Doctor Who.

Generally, the sonic screwdriver works by using sound waves, radiation, wavelengths, frequencies, signals, and electromagnetism to manipulate the moving parts within machinery. All very technical, of course. This one? Has a special spinning blade at the end, perfectly situated to cut through very specific materials: cooked dough, sauce, cheese, and a variety of toppings including but not limited to pepperoni, sausage, chicken, bacon, anchovies, onions, peppers, olives, tomatoes, basil… and even corn. (Yes, British people sometimes put sweet corn on their pizza. Americans, try not to freak out.)