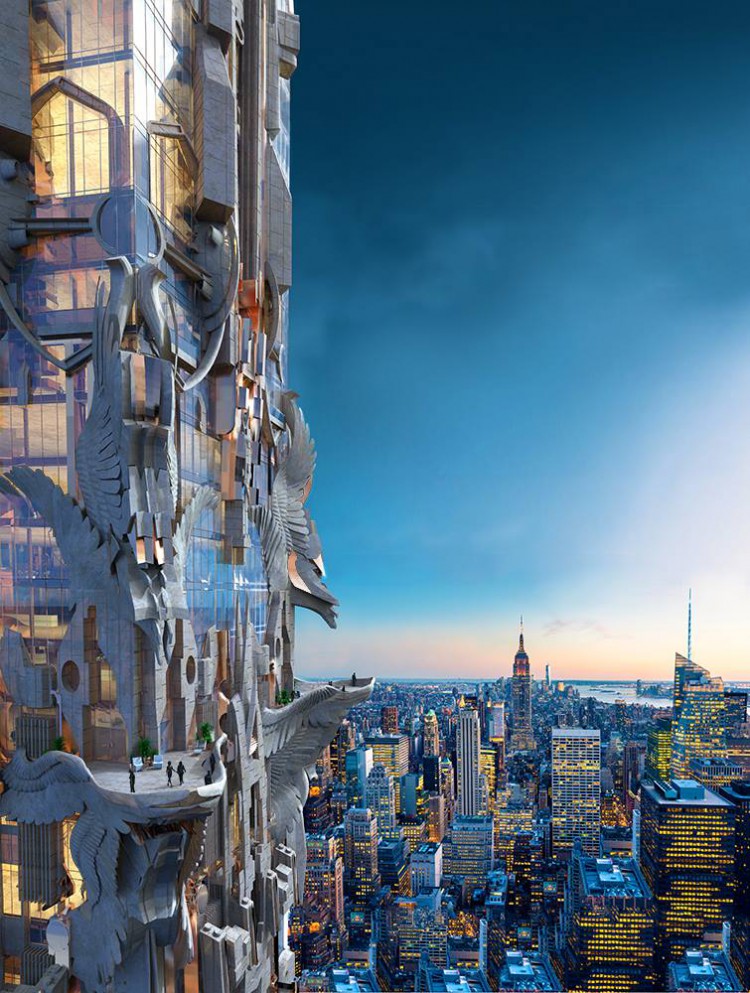 Mark Foster Gage, an architect known for his wonderfully creative designs, is currently in the midst of building a highly ornate residential tower at 41 West 57th Street at the heart of midtown Manhattan. Because of the intricate dragon-like gargoyles that appear along the sides and atop the 102 stories, he tower has been nicknamed the “Khaleesi” after the Game of Thrones character, Daenerys Targaryen. Gage makes reference to the nickname in an interview with the Creator’s Project.

It’s not really called that—that was the code-name we were calling it in the office. Two of my employees were really into Game of Thrones when we started working on it and it just kinda stuck. We also have a project code-named “Joffrey” which hasn’t been released yet. So many code-name possibilities.

Gage also spoke about the design of the building.

This is a different way of thinking about complex forms in architecture—that they don’t need to be symbolically representative but just enjoyed for their formal qualities. It also gives people viewing it the right to develop their own narratives—I’ve had people say the project was a steampunk Art Deco fantasy, or that it looked like Michelangelo had designed it, or it was for the new Ghostbusters movie, or it was Mordor, or it was all about Eagles (and therefore patriotic). 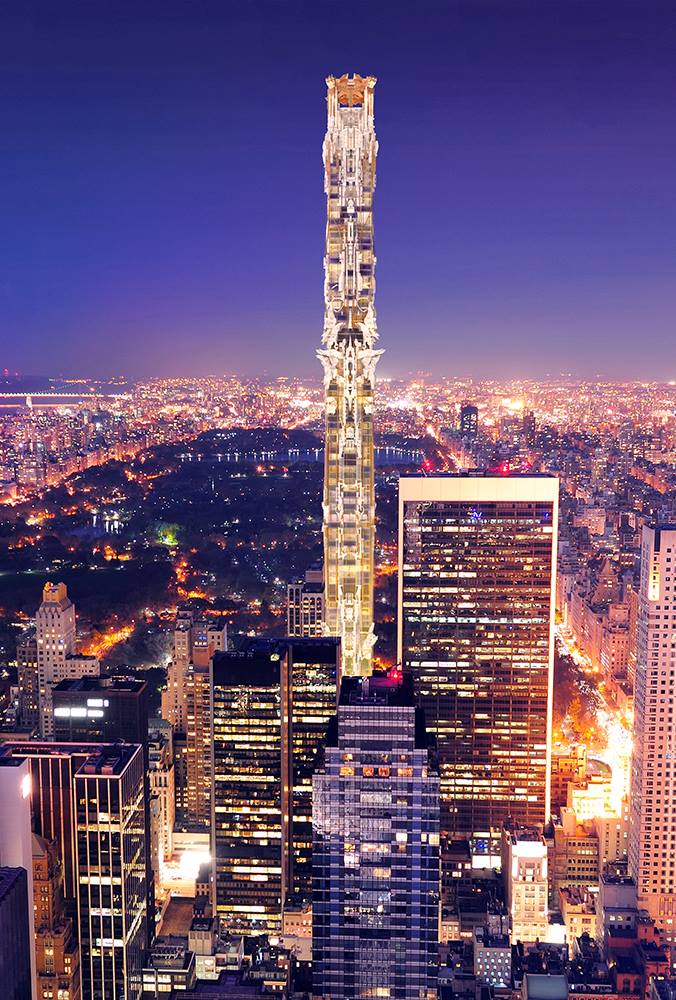 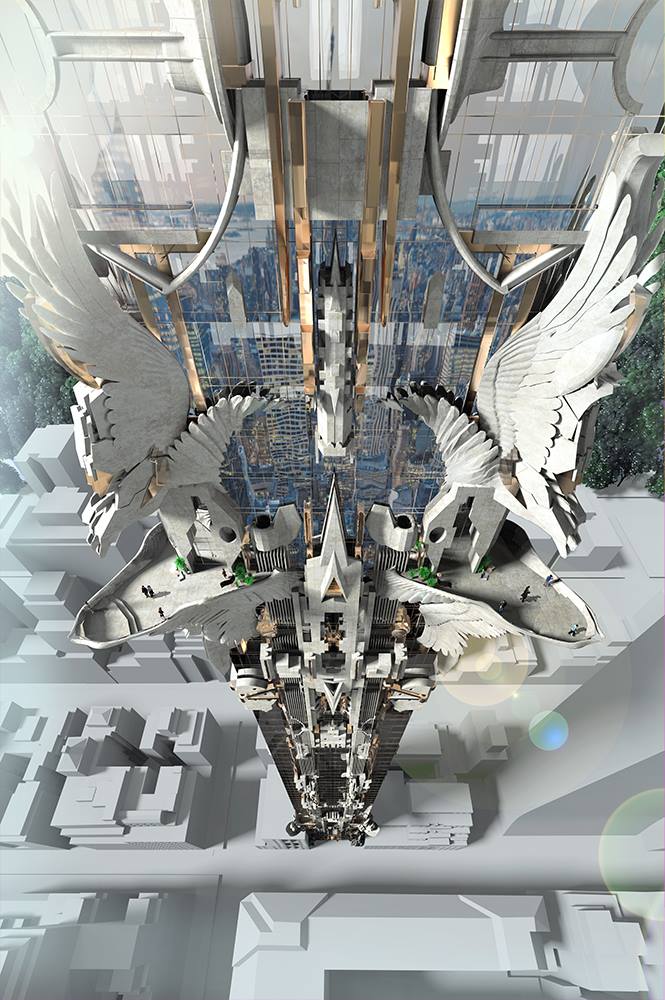 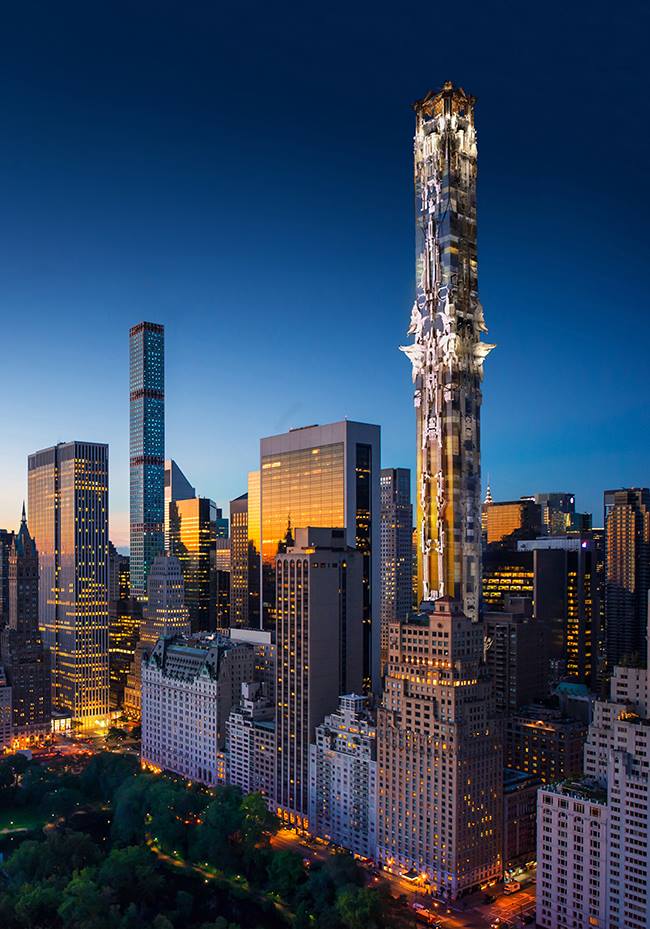 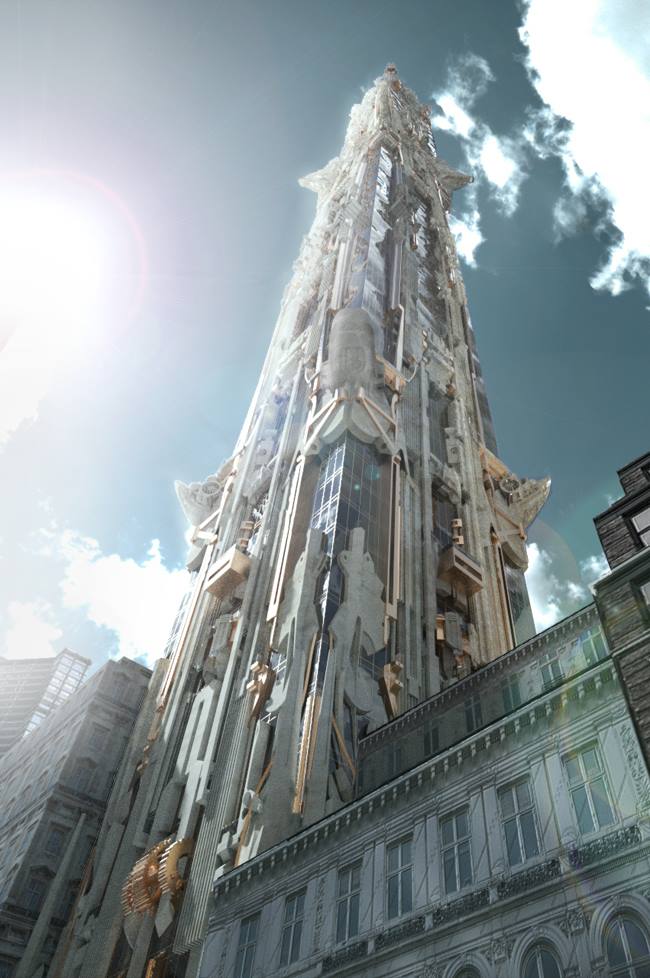