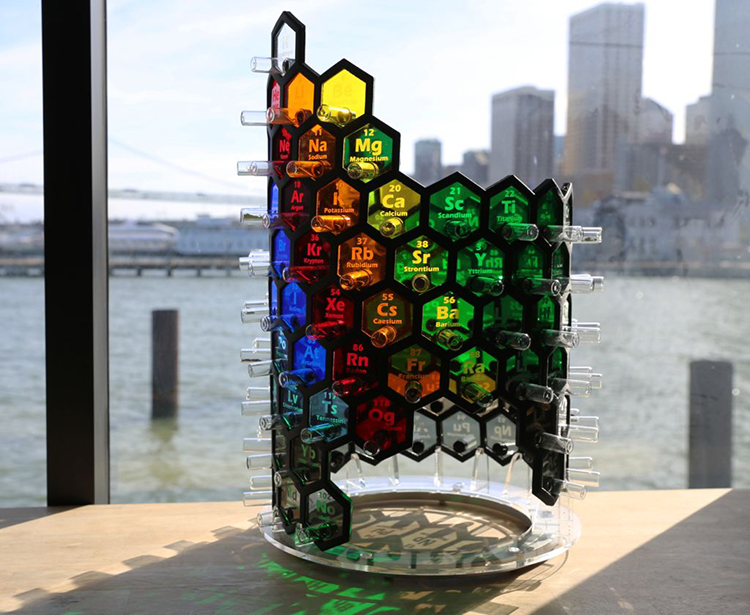 The first periodic table was developed in 1862 by a French geologist called Alexandre-Émile Béguyer de Chancourtois. He plotted the elements on a cylinder with a circumference of 16 units, and noted the resulting helix placed elements with similar properties in line with each other. But his idea – which he called the “Telluric Spiral”, because the element tellurium was near the middle – never caught on, perhaps because it was published in a geology journal unread by chemists, and because de Chancourtois failed to include the diagram and described the helix as a square circle triangle. Mendeleev got all the glory, and it is his 1869 version (dramatically updated, but still recognizable) that nearly everyone uses today. This instructable documents my efforts to reimagine a 3D periodic table of the elements, using modern making methods. It’s based on the structure of a chiral nanotube, and is made from a 3D printed lattice, laser cut acrylic, a lazy susan bearing, 118 sample vials and a cylindrical lamp. (read more) 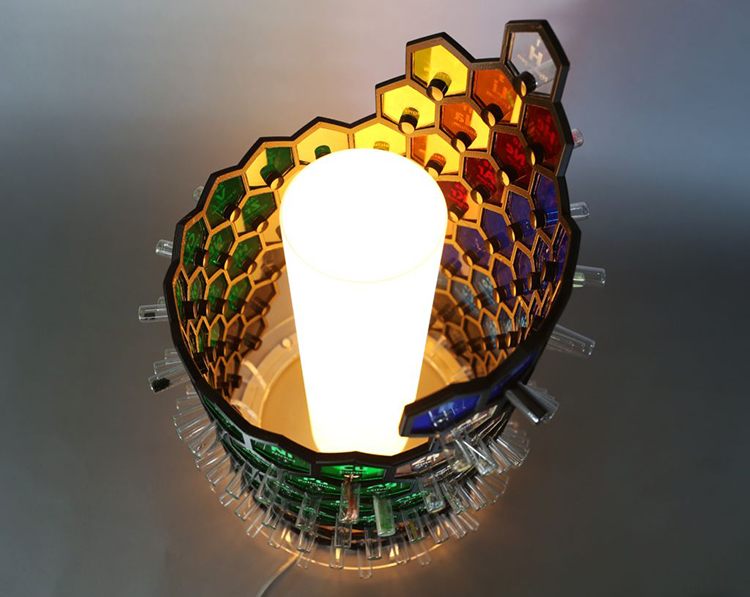 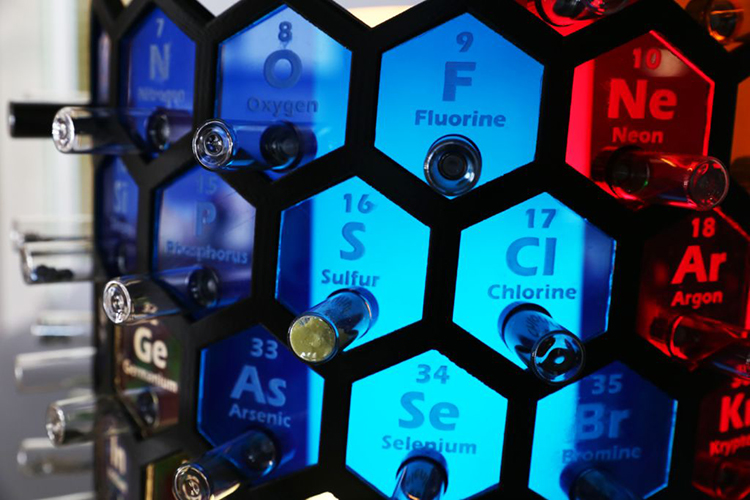 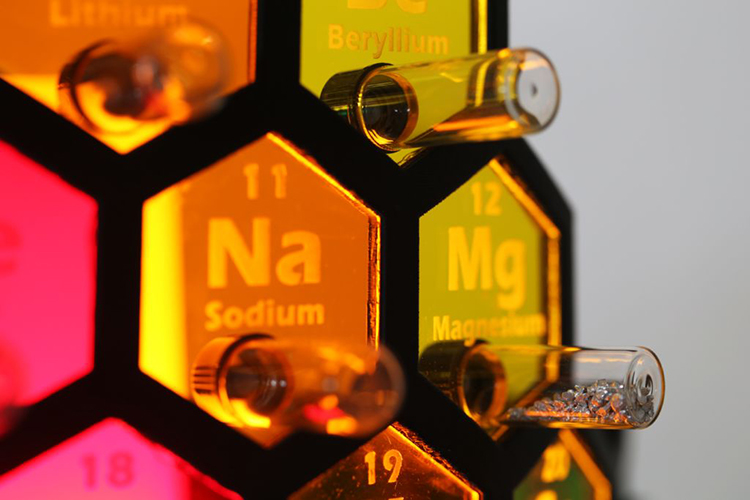 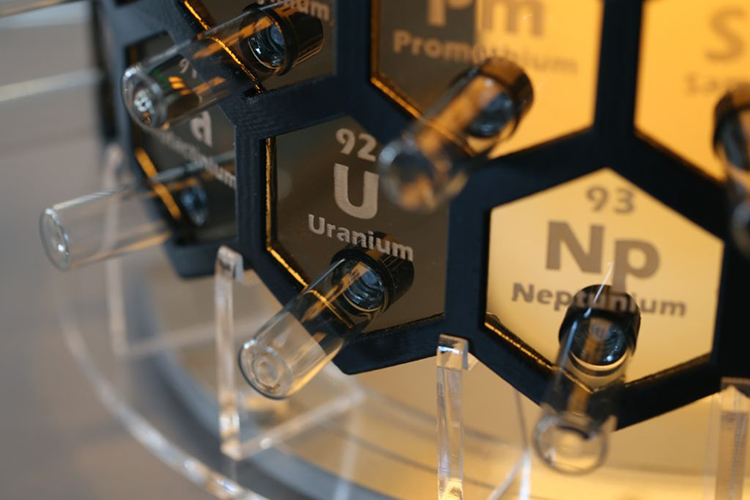