While walking around NYC’s Central Park today I came across a curious clock that has a face that rotates counter-clockwise as the minute hand moves forward and the second hand ticks to the vertical position. The clock, located in Doris C. Freedman Plaza, is an art project titled “Against the Run” that was created by Berlin based artist Alicja Kwade for the Public Art Fund and will be on view through February 14, 2016.

In Against the Run, Alicja Kwade (b. 1979, Katowice, Poland) has created a clock that tells the correct time, but does so in a way that confounds expectations. Adapting a nineteenth-century design that we might typically see in New York City, the artist has reversed the conventional mechanism. The face of the clock rotates backwards while the second hand appears to stand still, pointing vertically at all times. Our understanding of how a clock should run is second nature, making this variation almost impossible to read, even as it continues to tell the right time. Kwade’s whimsical clock captures her interest in the systems we invent to make sense of our lives and the world. In doing so, it prompts us to see “reality” from a new perspective. 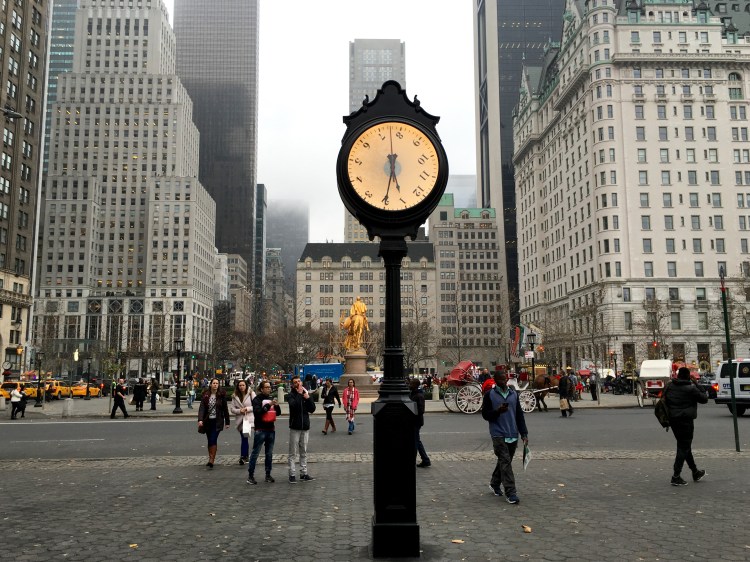 video and photo by Scott Beale