The Brookfield Zoo in Chicago, Illinois officially announced an adorable addition to their family. In November 2016, a giant anteater named Tulum gave birth to a tiny female pup who rides, almost hidden in plain sight, upon her mother’s furry back. This birth is an important one, as the giant anteater is considered a vulnerable species with only around 5,000 remaining worldwide. Now that the newborn is considerably older, both mother and daughter can be seen at the zoo’s Tropic World: South America feature on Thursdays, Fridays, and Saturdays.

The Chicago Zoological Society (CZS), which operates Brookfield Zoo, is kicking off the New Year with a “giant” announcement: the birth of a giant anteater. Born on November 15, 2016, the 2-month-old female pup and her mom, Tulum, are adjusting nicely. …Giant anteaters are currently considered a vulnerable species in their native habitat of Honduras, Brazil, and northern Argentina. …Researchers estimate that only about 5,000 giant anteaters remain in the wild today. Currently, 117 giant anteaters are being cared for in 56 accredited North American zoos, including Brookfield Zoo, which began caring for the species in 1958. 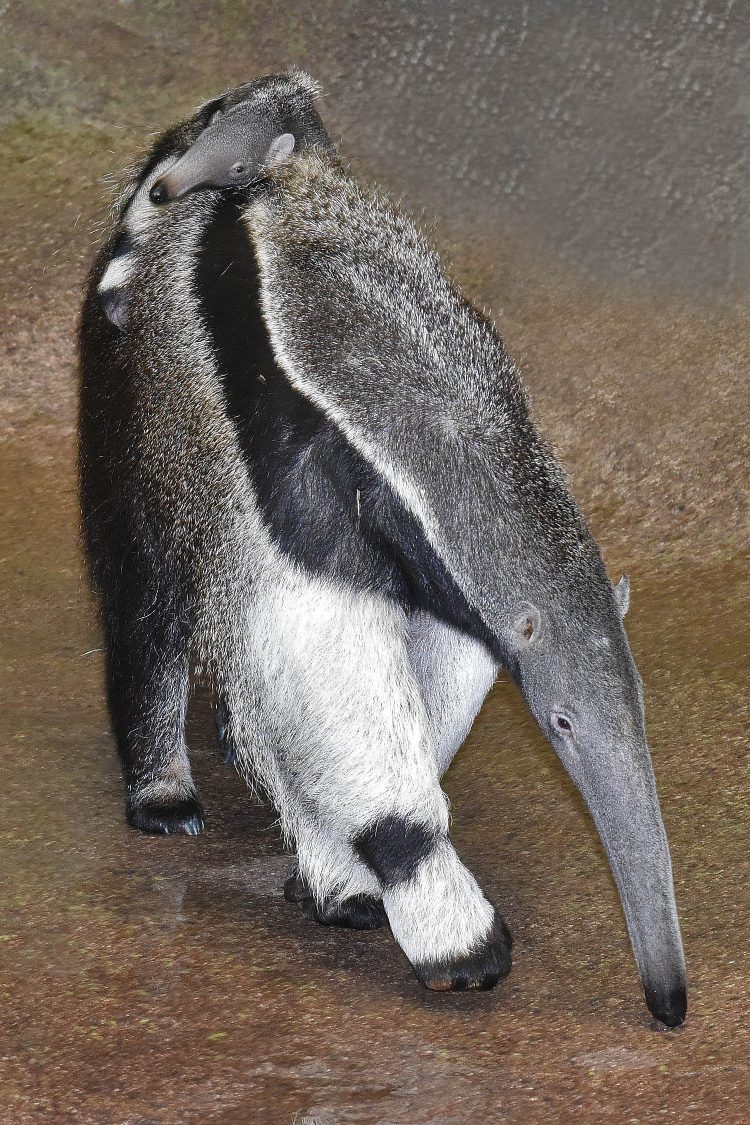 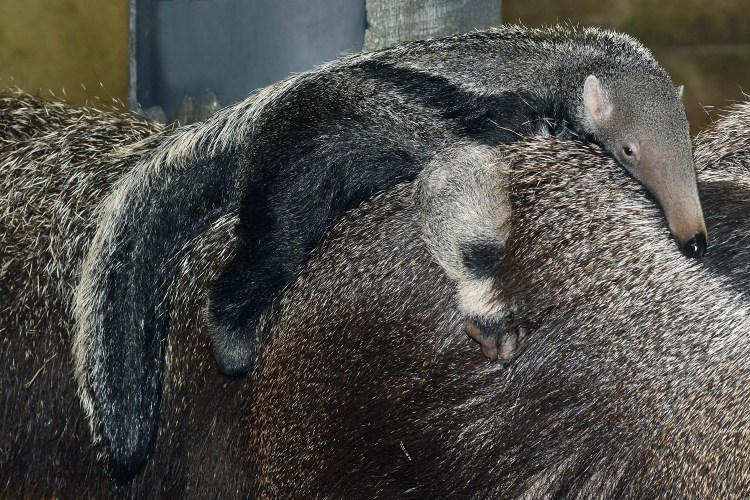 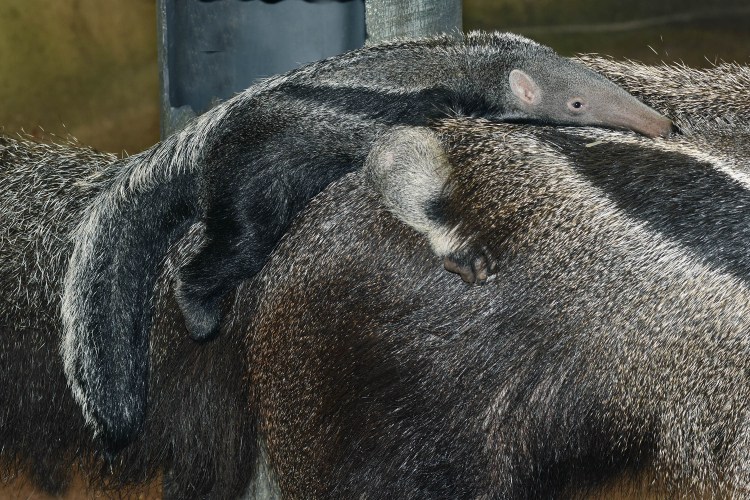 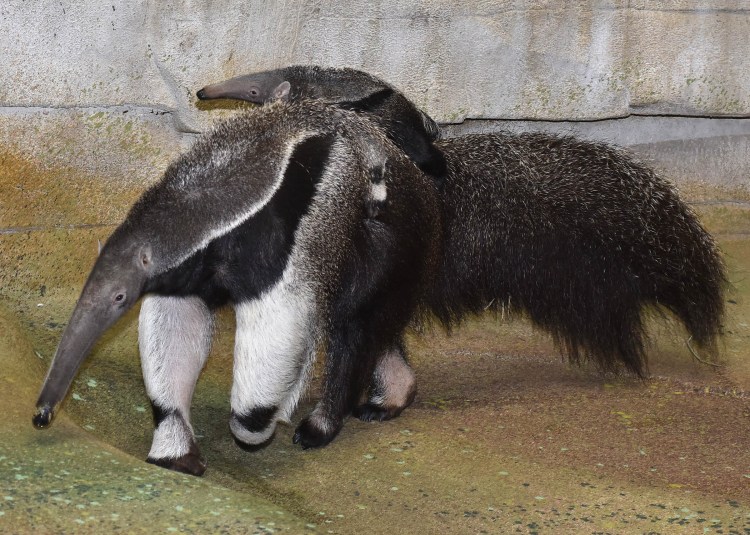 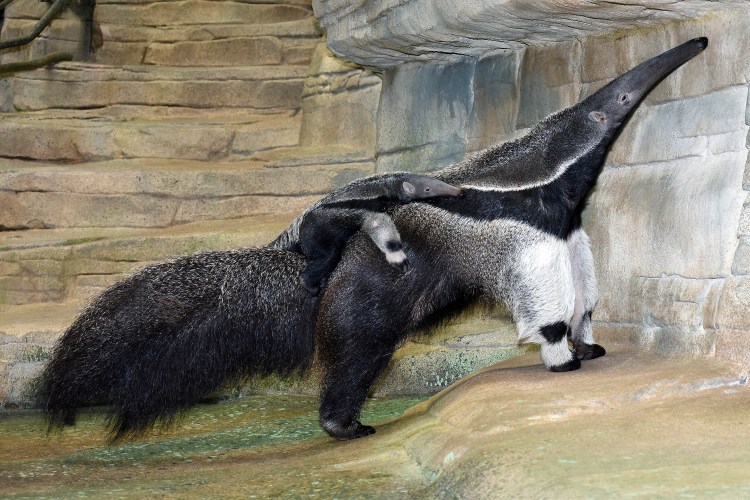