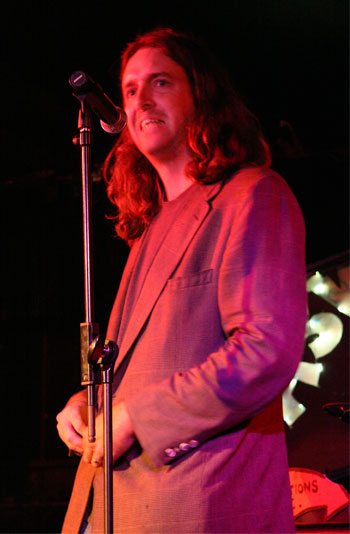 The hilarous and surreal Will Franken returns to The Marsh in San Francisco for a 7 week run of his new show “Good Luck With It”, which opens this Saturday, October 22nd and runs through Saturday, December 3rd. Will Franken will being doing a short piece at our 10th Anniversary Party as well.

San Francisco’s “Best Comedian” (SF Weekly) returns to The Marsh after wowing New York audiences at the New York International Fringe Festival with his surreal, darkly satiric, Pythonesque brand of humor. Transcending the autobiographical style of traditional solo shows, Franken takes audiences on a romp through his twisted subconscious, fusing bizarre scenarios with satiric jabs at slam poetry, small businesses that only advocate â€œcelebrating diversityâ€ in order to increase profits, the very existence of a government, and the patronizing suburbanites who greet him after shows with a confused but polite, “Good luck with it!” Writes NYTheatre.com: “Comedian” might be too weak a word to describe Franken. He seems to be more of a comic force than a tightly defined comic persona. “He refuses to dumb down or censor his material, and he virtually obliterates any distinction between the high-brow and low-brow. It’s probably the funniest thing I’ve seen all year”.

photo of Will Franken at Ask Dr. Hal by Scott Beale