20th Century Fox has released an official trailer for Victor Frankenstein, a modern day drama film based on the classic Frankenstein novel written by Mary Shelley in 1818. The movie, directed by Paul McGuigan and written by Max Landis, will star Daniel Radcliffe, James McAvoy, Jessica Brown Findlay, and many other great actors. Victor Frankenstein is currently scheduled to release on November 25th, 2015.

James McAvoy and Daniel Radcliffe star in a dynamic and thrilling twist on a legendary tale. Radical scientist Victor Frankenstein (McAvoy) and his equally brilliant protégé Igor Strausman (Radcliffe) share a noble vision of aiding humanity through their groundbreaking research into immortality. But Victor’s experiments go too far, and his obsession has horrifying consequences. Only Igor can bring his friend back from the brink of madness and save him from his monstrous creation. 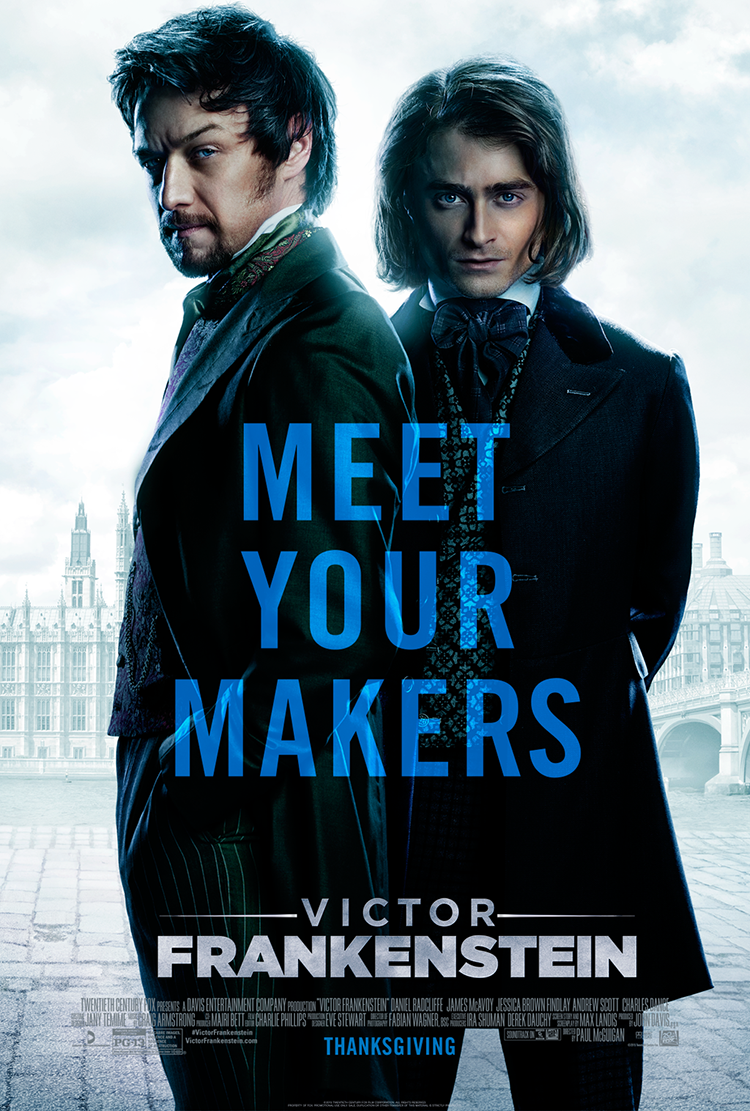