Andrej Ciesielski, an urban adventurer with a penchant for climbing, daringly (and illegally) scaled to the top of the Pyramid of Cheops – the Great Pyramid of Giza – and captured some amazing photos in the process. Ciesielski wrote about his crazy adventure on his blog.

It is inconceivable that the pyramids were made without any machines. If you are standing in front of the pyramid it’s stunning. Walking around in the complex I was waiting for the right moment to start climbing The Great Pyramid of Giza. When I started climbing a street seller was standing behind me but I didn’t care about him I turned around he laughed and I continued climbing. At the half some people got attention on me and looked up to. That’s how the police spotted me. They shouted something in Arabic I think but I didn’t care and kept going while listening to music. From the very top of the Cheops Pyramid. It took me around 8 minutes to reach the top. Climbing down took me 20 minutes. Safety first! 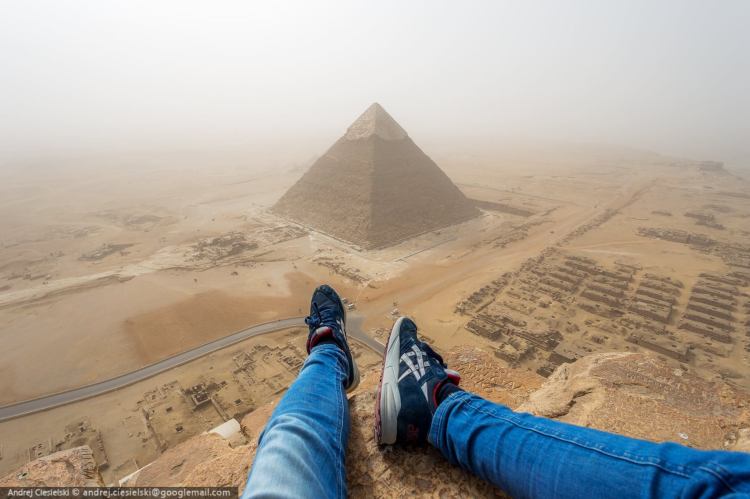 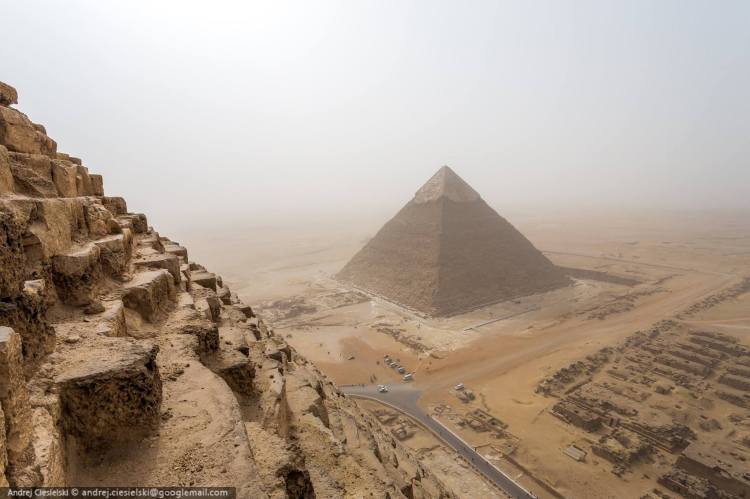 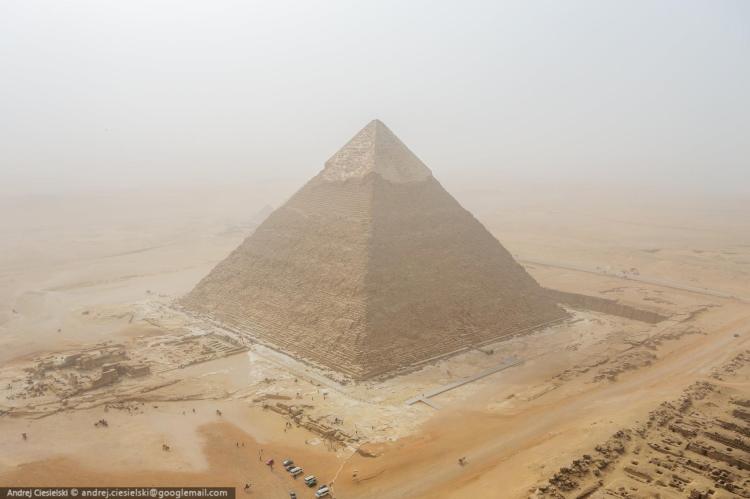 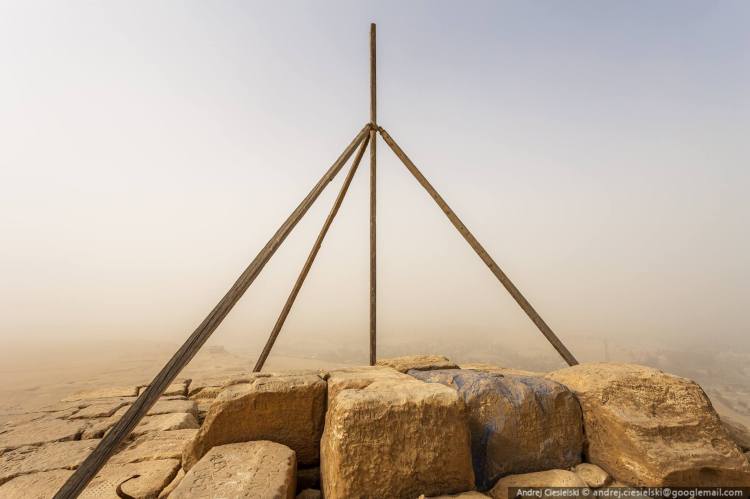 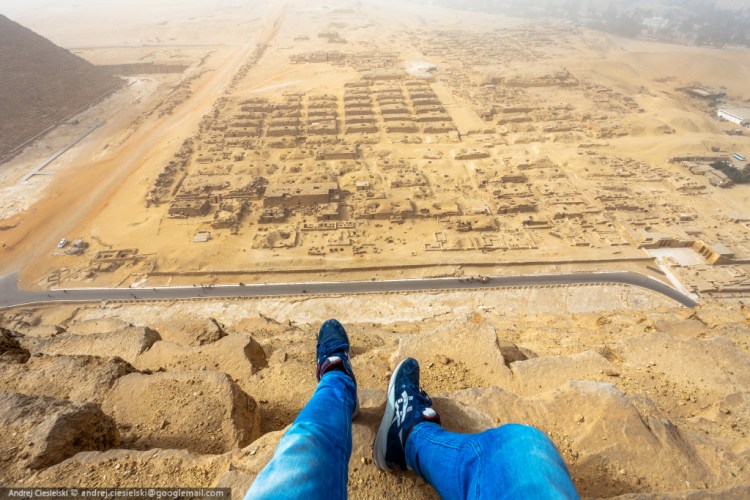